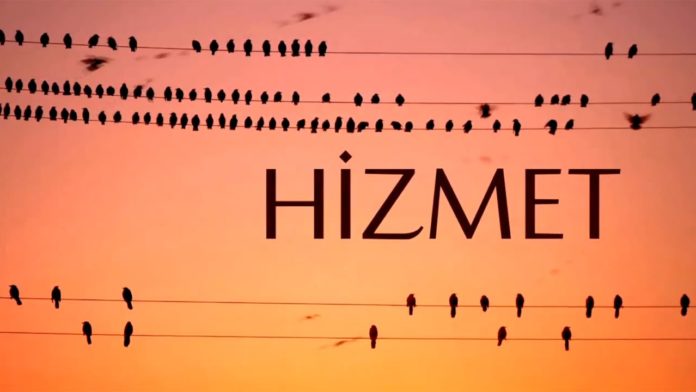 This essay examines the Turkish Hizmet civil society movement as a potential example of an Islamic paramodern spirituality.  I look at the Turkish culture out of which the Hizmet movement emerged, postulating that impact culture may have had on the unique  paramodern features of this movement.  I first begin with a description of the present day Hizmet movement, before describing some of the paramodern characteristics, showing how they arose from the cultural milieu that this movement emerged from.

Hizmet is Turkish, meaning to serve or perform good deeds, which is one of the preferred names for the movement.  This movement is often called the Gülen movement, since the movement was started by Fethullah Gülen, but for purposes of this paper the term Hizmet will be used throughout, since the term captures one of the key features, namely that a Hizmet follower is a “person of inner-worldly asceticism who sees his or her occupation as given from God.”[1]  Also, the purpose of the paper is to highlight the cultural features that lead to these characteristics, not just focus on the founder himself.  Obviously Gülen is a key player in the movement, but the unique cultural milieu that he and the movement emerged from are also critical.  This paper will suggest that the milieu is what precipitated Gülen’s approach and the rapid growth and support of the movement is not primarily because  of Gülen but rather these factors.

Hizmet is a transnational movement present in over a 100 countries worldwide associated with primarily will schools and education, but also with interfaith dialog activies.  The movement is focused on personal and social transformation utilizing new liberal economic and political conditions.  The goal is to empower excluded social groups, through education while looking for just and peaceful solutions to the various problems of society.[2]

Turkey’s cultural context is unique because of the strong tension between secular and religion since the founding of the New Republic, in particular under the early policies of Mustafa Kemal Ataturk (1881-1938).  Under Ataturk’s military secular rule the perspective was that “in order to bring modernity, Islam had to be either kept under strict state control or confined to personal conscious .”[3]  Not until the 1950s and 1960s did the state sufficiently relax control that “religious groups could begin to reinterpret Islam according to the needs of modern society.”[4]  The religious movements emerging in these spaces found themselves caught between two dominant ideologies.  On one hand an aggressive secularism focused on adopting a Western, rational mindset and on the other a domesticated Islam under strict control, with little freedom.  We see the determination of the state to completely subdue Islam with the secular laws in 1926, replacing religious laws with laws from the Swiss and the completely switching from Arabic script to a modified Latin script in 1928.  These actions essentially severing  Islam in Turkey from its past and the rest of the Islamic world, making the former literate, illiterate overnight.[5]  So by the 1950s and 1960s, Turkish society had existed for several decades in this radically new environment where young people had little ability to connect with the previous era and culture.  The previous culture was viewed as primitive and a failure,  in order to succeed they needed to embrace secular Western values.  This was then the context that the Hizmet movement emerged from.

One of the major religious influences in this turbulent period was Said Nursi (1873-1960), an ethnic Kurd, born in the east who spent over half his life either in prison or exile.  As Yavuz identifies, “his main goal in his commentaries was to prove that science and rationalism are compatible with religious beliefs.  He wanted to contemporize Islam by Islamicizing contemporary institutions, practices and discourses.”[6]  Nursi  writings then became the intellectual underpinnings for later individuals like Gülen to take his concepts and implement them.  Nursi’s life also spanned the transition from the Ottoman Empire to the New Republic.  He witnessed a transition from a time where religion and politics were fused in the person of the caliphate to a republic where religion was driven out of the public space and tightly controlled.[7] Unlike in the West there was no gradual shift from a premodern, to modern and then to postmodern.  Instead, there was an abrupt shift in all aspects of public and religious life, in a few short years.  Yet Turkey’s culture, especially in rural areas remained religiously observant and conservative, despite the central government’s efforts.  So Turkey possessed this very unique cultural context of being highly secular and highly conservative at the same time.  Individuals moving  from rural areas to the city found themselves forced by the government to make a choice.  If they wanted to pursue higher education or public service they needed to be outwardly secular and modern, otherwise they could remain a primitive religious person on the margins.  These situations exist in other countries as well, but in Turkey the divide was particularly sharp in part because of the issue of women wearing headscarves or men wearing a fez.

So Nursi’s writings would hold particular appeal to individuals who wanted to be modern, secular and yet religious at the same time.  This was the situation for Gülen who was raised and received his education in the conservative city of Erzurum, but then spent most of his life in the very liberal city of Izmir in western Turkey.  He had started as an imam at the age of 17 in the East but was transferred to Izmir in 1966 at the age of 27 during which time he was exposed to the writings of Nursi.

The impact of Nursi on the spirituality of Hizmet and Gülen can probably not be overstated, including the need to remain distant from the state and watchful.  As Yavuz notes the state banned all reading and discussion of Nursi’s work.   Copies of his writings were scribed by hand and distributed through a confidential network to communities known as dershanes, which later became the embryos of civil society.  As the core group became known to authorities Nursi was arrested and jailed, accused of starting a secret Sufi order.  After this, Nursi avoided politics completely, only able to resurface as Turkey later moved towards a multiparty political system.  Even after his death, his body was a threat and the state had it exhumed and buried in an unknown location.[8]  The reason Nursi represented an enemy to the state’s secular modernisation project was his “alternative ideas regarding science, identity, personhood, and the rule of law, all aimed to form a vernacular modernity that was more appealing for common Muslims than the imitative top-down Westernization of the Kemalist state.”

The argument this paper makes is Turkey presented a unique incubator that  only a paramodern spirituality would survive and flourish in.  A strict Islamist spirituality would be crushed by the state.  A postmodern individualist spirituality wouldn’t have appeal to the religiously conservative individuals.  Only a spirituality that somehow could bridge these very different worlds would succeed.  Undoubtedly many other forms of spirituality emerged during this time, but either  faded away or were suppressed. This bridging of multiple ideologies, described by Nursi and then implemented by Gülen and the Hizmet movement highlights how a paramodern approach was required in this cultural context.  There was an intentional syncretic approach in Nursi and then Hizmet that was able to span the multiple ideologies of modernism, capitalism, liberalism, rationalism with a conservative Islamic religious experience.  During the emergence of Hizmet in the late 60s there was a sharp divide in Turkish society with the emergence of a radical leftists and the movement intentionally avoided active politics, while cultivating good relations with the government where possible as Nursi had done earlier.[9]

The paramodern spiritual experience is one of freely chosen relationships and we see this described by Yavuz who describes the small communal  living spaces created by the movement where in “these mixed public-private spaces, the participants have the opportunity to bring religious and secular ideas and practices together, to pray together, and to discuss social and political issues.”[10]  He also describes the movement as a “web of formal and informal relations that constantly activates its members’ loyalty.”[11]

This paper would suggest that Hizmet exhibits paramodern characteristics, for example,  the teachers in the Hizmet schools remain pious Muslims, but also tolerant of different religious groups.  They see themselves as sharing universal values, since everyone comes from the same Creator.  This tolerance however, is problematic for many Sunni Islamic groups who adhere to a narrower ideology.  Hizmet individuals although tolerant, don’t necessarily accept a post-modern relativist view that all faiths are equal, rather because they are Muslim they feel obligated to extend tolerance to everyone.[12]  This tension with other Islamic groups, illustrates the challenges that exist for paramodern spiritual movements.  The syncretic nature of paramodernism, means these groups and individuals will be viewed with suspicion by both modernists and postmodernists.  Paramodernists, by their nature of being both and neither, leave themselves vulnerable to attack from multiple sides and with few defenders.  Although passionate and relationship based, they lack a broad support base because they truly are not part of any single community.

This precarious  nature of paramodernism can be seen in Turkey today, where the Hizmet movement is under sustained attack by the current Turkish government[13].  The difference this time is the government is Islamist, instead of secular.  Previously Hizmet was attacked for being viewed as too religious, now the attacks come because they are viewed as too cozy with modernism, the West and democracy.  The secular elements of society won’t staunchly defend the movement because of the movement’s religious nature.

Conversely the religious conservatives defer to the Islamist government they elected which is seen as  representing their interests against the forces of secularism and the West, which Hizmet is linked to. Perhaps the only allies for a paramodern movement like Hizmet, would be other paramodernists, but those allies are probably still relatively rare in the world.  The unique cultural characteristics in Turkey that acted as an incubator for Hizmet are unlikely to be replicated elsewhere.  In this way Hizmet can only act as an example of paramodernism, not as a template.  Other spiritual communities can perhaps learn from this example but don’t exist in the same cultural milieu that lead to the success of the movement.  Perhaps what Hizmet does illustrate though is paramodernism, can arise during periods of tension between ideologies, where individuals and groups are forced to integrate two or more viewpoints together, rather than exist in a binary of us and them.

What Hizmet also illustrates is the resilience of a truly paramodern spiritual movement.  Despite sustained attacks over a number of decades the movement still exists.  The Turkish government may be successful in closing down visible symbols of Hizmet like schools and media outlines, but as previous governments found with Nursi destroying an idea and mindset is not so easy. The paramodern future of Hizmet is unknown since as it becomes more transnational it is rapidly leaving the Turkish cultural incubator that gave birth to it.

is this the word used in the original quotation?

a run on sentence

Maria Assif on Arabs, Muslims, and Stereotypes at TEDxUTSC 2016

Emily Jull: Sufi Experiences and Teachings in My Personal Journey