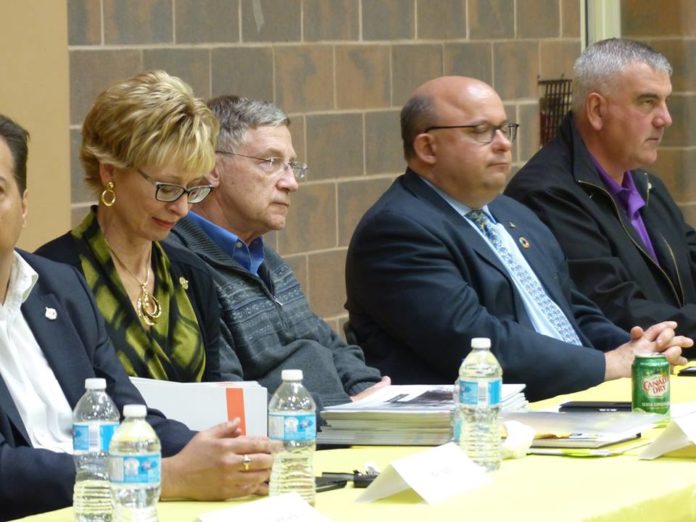 On April 22, over 100 people gathered at the Victoria Hills Community Centre in Kitchener to hear community leaders discuss Islamophobia, in an event organized by the Coalition of Muslim Women (CMW). In the opening remarks, Fauzia Mazhar, The Executive Director and founder of the CMW stated that she “hope[d] this townhall [would] encourage dialogue within the Muslim community and in turn, the wider community.”  This is the third forum in a series of community forums that the CMW has been organizing over the past several months. The details have yet to be announced for a final forum that will take place in May. 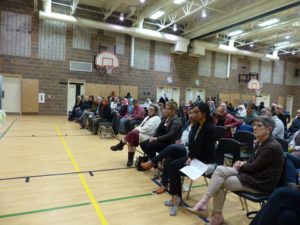 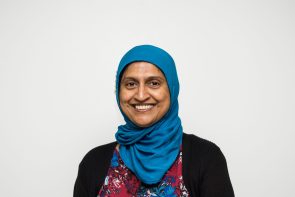 According to the Council of American-Islamic Relations, Islamophobia is a “closed-minded prejudice against or hatred of Islam and Muslims.” Like other forms of prejudice, Islamophobia often arises from fear; as Raj Saini, MP for Kitchener Centre and a doctor by profession, stated, “When we don’t understand something…when we cannot contemplate certain things, we…fear [them].” Although not a new concept, Islamophobia has garnered increased attention after six men were shot in Quebec City earlier this year. Closer to home, hate crimes in Waterloo Region are also on the rise. Bryan Larkin, Chief of Waterloo Region Police Services, believes there is a silver lining in this. “The silver lining is that people are coming forward. People are reporting. Because I would challenge that simply there has been an under reporting in our communities. Quite frankly, most of times a lack of trust.” 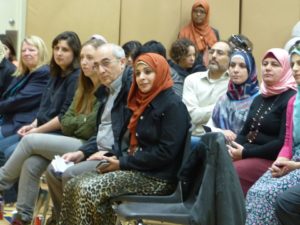 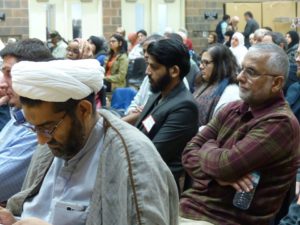 Community members had one minute to ask a question or state a concern and community leaders had 30 to 45 seconds to respond. Questions ranged from how to engage non-Muslims in dialogue, to what various levels of government are doing to support inclusivity and counteract discrimination, to how to people can make a difference in their community.

Many community leaders’ responses focused on dialogue. Replying to a question about what students can do, Marwan Tabbara, MP for Kitchener South Hespeler, shared a story. “I had someone on social media that wrote some racist words and I invited him for a coffee to sit down. It was a young individual who had post-secondary education, and I was wondering why he had these thoughts. So challenge those people.”

Similarly, when a community member spoke of discrimination he had experienced, such as a cashier talking to other people but not to him, Fauzia Mazhar responded, “You can’t penalize the cashier for not saying hello to you…so sometimes what I have done is I open the conversation. I know it’s very hurtful…. At the same time, it becomes the responsibility of whoever thinks it’s irresponsible.”

Dave Jaworsky, mayor of Waterloo, emphasized the need to get involved by “just being a regular part of the community. Get involved and introduce culture to everyone you can.”  This also applies to representation of visible minorities and people of colour in municipal and regional politics, Jaworsky added: “There are at least three people in this room that I see who ran in the last municipal election. We are proud of that and continue to consider running. At the municipal level it’s [an] individual [decision], you look in the mirror one day and say, ‘I am going to run.’”

Education was another theme of the townhall. Many community leaders who were present are engaged with education in some way. For example, the Waterloo Regional Police Service is set to implement education around Islam and the hijab in schools starting in Fall 2017. The WRPS is also working with Interfaith Grand River to run a workshop about tolerance.

By the end of the townhall, the message was clear. Dialogue is needed for understanding and peace to flourish. Bardish Chagger, Leader of the Government in the House of Commons and Minister of Small Business and Tourism, ended her remarks with the following: “At the end of the day we all come together, and that’s what we need to do. We have to have those conversations not just in townhalls, but in the coffee shops and in the grocery store line. And when someone needs you to speak up for them, we need to speak up for them then and there. I need every other community and every other person to stand with me .So I would say every one of us has to dig a little bit deeper. We have to challenge our own ignorance. Every single one of us can do better.”