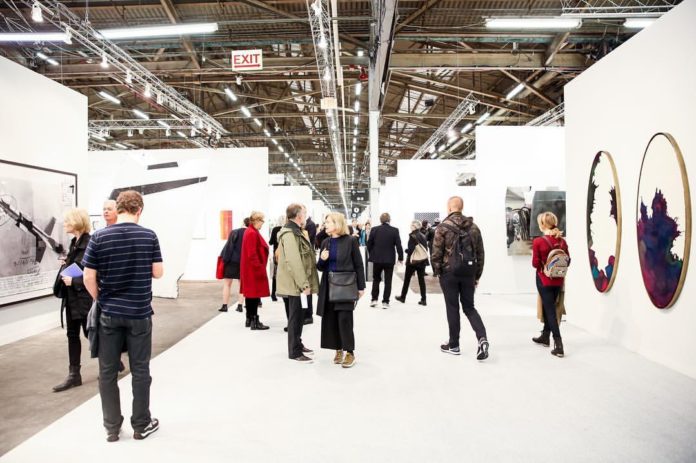 The 2,500 sq ft space will host exhibitions with Muslim and Arab artists, foster interfaith dialogue with public discussions and will be home to a new bookstore. Institution’s founding director Al-Thani said:

“If we dig into how Arabs and Muslims are stereotyped, they go way back, it made sense to me there had to be an art and culture institute that represents the Arab and Islamic region, as there isn’t really one here in New York. Our main objective is to challenge stereotypes if people have them and engage them on Islamic civilization beyond the religious context,” said Al-Thani. “We are hopeful and will do everything in our capacity to see our culture is represented and open up a cross-cultural dialogue with New York City.”

In New York City, there are Islamic art galleries such as the Iranian art dealer Leila Heller’s gallery and CRG Gallery, which gave Palestinian artist Mona Hatoum her first New York solo show.  Al-Thani adds, “There are galleries that represent artists from the region but do they have homes institutionally?”

“There are religious centers and community-based centers across America but they’re not for art,” said Al-Thani. “New York City is a very welcoming place, if I didn’t have New York’s support, I wouldn’t be doing this.”

The institute will be located at 3 Howard Street in Manhattan, a temporary space until the end of July. Then, the institute will either stay or move to another location, depending on funding.

The non-profit institute is funded by a small group of donors through a fundraising gala Al-Thani hosted last year. However, bringing on more patrons hasn’t been easy.

“When you just have an idea, it’s hard to get people to support you,” he said. “We’re hoping patrons see the importance of what we’re doing. I always say, ‘Wherever we are, we will exist.’ A space, as important as it is, shouldn’t define us. We hope to engage beyond that.”

Divine Truth and Lessons in Paul and Virginia