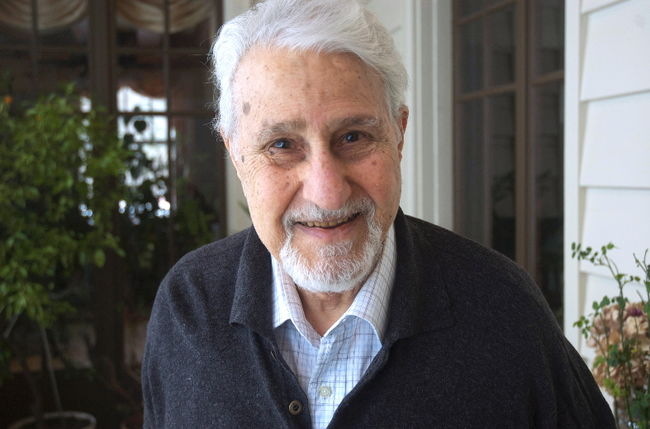 On one memorable day in 1960, their British-made Ford Anglia arrived in Montreal. Shipped across the Atlantic along with all their other worldly possessions, the overseas delivery marked the beginning of their life in Canada.

They strapped luggage to the roof, and loaded their three girls, ages five, three and two, into the interior of the right-hand-drive car and began the journey (initially, on the wrong side of the road) to the northern Ontario community of Hearst, halfway between Kapuskasing and nothing.

It was there that Dr. Fuad Sahin, his wife Solmaz and their three children spent the next year of their life (which was entirely long enough, notes Sahin) as he practised medicine, and learned about the value of an electric engine block heater.

“It was so cold, you could hold cold with your hands and slice it,” says Sahin.

And when Solmaz was asked if she wore a hijab in her native Turkey, she’d respond with a smile: “No, but I cover my hair and face in Canada.”

Fittingly, on one especially frigid day in February, 92-year-old Sahin sips from a cup of Turkish coffee (sugar but no milk) in front of a fireplace in his Niagara-on-the-Lake home and talks about the beginnings of the Muslim community in Niagara. There are an estimated 5,000 Muslims in the region. That number is estimated to grow to about 14,000 by 2030.

His family was one of the first Muslims to live here. They came to the Falls in 1966, where Dr. Sahin worked as a urologist.

Back then, he would drive to Toronto, where Muslims would meet in church basements and other rented spaces to pray and socialize. And it was through the Islamic grapevine that he got word of Niagara’s only other Muslim family, the Karachis.

As the Muslim community grew in Niagara, the two families opened their homes for prayer. The late Hassan Karachi invited Muslims to his home for Friday prayer. And twice a year, Muslims would gather at Sahin’s home for Eid prayers. One hundred or more people from all parts of Niagara prayed on the front lawn of his Niagara-on-the-Lake home, a turn-of-the-century lakeside house the Sahins have lived in since 1971. (“We Turks love the water and the sea,” he says.)

And for a few years, that was good enough.

But as the Muslim community grew, and grew some more, they needed a bigger space.

“We made Canada our home. We love Canada,” says Sahin. “In part of our home we should have a mosque.”

In 1984, Niagara’s first mosque was built in the Falls, on Lyons Creek Road. Over time, it offered a weekend Islamic school, and hired an imam. Then in 1992, with help from the Canadian government, the mosque expanded to include a gym and classrooms, which became a full-time private school, registered with the Ontario Ministry of Education, six years later. These day, the JK to Grade 8 school, has about 85 students.

Meanwhile, the St. Catharines part of this story begins in 1976 when the late Hussein Hamdani and his wife Arua, their seven children, and grandchildren, landed in Toronto as refugees from East Africa. They shared a two-bedroom apartment among 18 people, until they bought a farm and moved to Fort Erie.

The Hamdani’s became one of the first Muslim families in St. Catharines when they bought Reid Cleaners, a dry cleaning business at Geneva St. and Welland Ave.

Hussein Hamdani, their 42-year-old grandson, remembers as a child travelling to Niagara Falls with his family for Friday prayer at the mosque. In St. Catharines, the community was gathering in rented space, and needed their own mosque, too, he says.

And then, with little fanfare, his grandfather bought the Goodyear Tire store at 117 Geneva St., with dreams of building a mosque on the property. Family members worked alongside a construction company to tear it down and convert a building with hoists and offices into a place of worship, he says.

In 1994, when it was complete, the Hamdanis gave the mosque to the community on one condition: “It had to be open and inclusive, regardless of ethnicity,” says Hussein.

“It had to be a place open to everybody.”

Indeed, to this day Sunni and Shia Muslims, historically a deep rift dividing the two, pray together, he says.

While his grandfather died in 2007 at age 84, his 90-year-old grandmother still lives in a house next to the mosque.

“One of her great joys is to look out and see that the mosque is full with congregants,” says Hussein.

“It’s a beacon of spirituality in the middle of St. Catharines.

“Most people search to have an identity and purpose in life. To have a place of worship, it helps you define your Canadian-Muslim identity,” he says.

Back in Niagara-on-the-Lake, Sahin interrupts the conversation to move to a room next to the kitchen. It`s warmer, he says, muttering something about getting old. With a wood-burning fireplace and family photos on the mantel, it’s his favourite space in the house on a cold winter day.

Rooms are important in his life, especially in a metaphorical sense. We must live in a room that is open to all winds, he says, paraphrasing a favourite Indian poet.

“But don’t allow yourself to be carried away by the winds. Stand where you are.

“We have to learn from each other.”

After the terrorist attacks on 9-11, he spoke at an unity event at Optimist Park, hosted by the mosque and the United Church. On that day, he did not read from a written speech but shared what was in his heart.

“We Muslims are peaceful people,” he told the crowd. “This is a great sin.”

“I felt angry,” he says. “This was a great stabbing in the back.”

And on this day, from his sofa-turned-podium, he begins to speak about Islam and world peace as if he’s back in front of that audience.

He starts by talking about his God. “We have to show thanks to Him. We have to love Him.

“We love, by appreciating all His creations. Human beings, animals, vegetation, air and sea.”

Sahin speaks about justice and balance and how they create harmony in the world. “You have to recognize the rights of every individual,” he says.

“Justice is not something made in the court. It is the universal justice.”

And the two sins – arrogance and hypocrisy.

“There is a saying that whoever carries an ounce of arrogance in his heart has no place in paradise.”

So, why do people hurt each other? “God gave human beings freedom of choice,” he says.

And with that choice, comes selfishness, greed and power.

His thoughts turn to the generations below him. The ones whose choices will shape the future.

“Canada is our home. We owe Canada lots of things,” he says.

“We give Canada lot of good, young people.

“It’s our home now. And we need to build a better home.”

Ramadan: The time to engage with Muslim donors