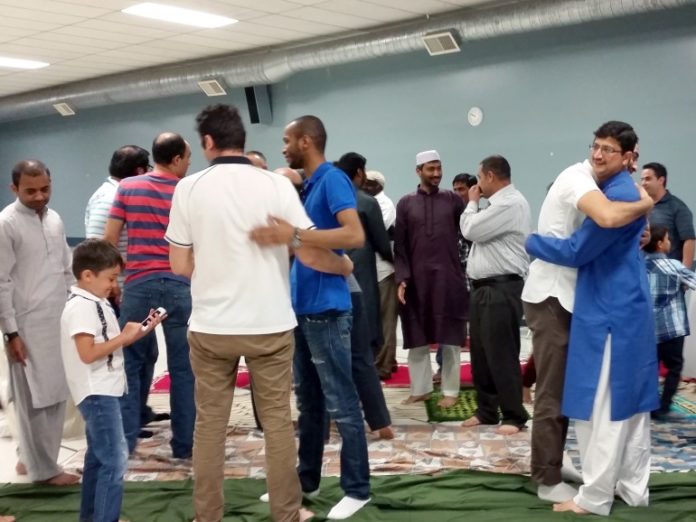 During the Islamic holy month, Muslims will fast each day from dawn until sunset. Many Muslims will break fast at sunset together in each others’ homes or participate in a communal meal at a local mosque. Special nightly prayers are recited during the month, with charitable donations also being increased during this time.

“It is a time that is meant to be a time of enhancing one’s spirituality, one’s sense of community,” said Dr. Idris Elbakri, President of the Manitoba Islamic Association. “The idea being that when we weaken our physical desires and needs, we strengthen our spiritual awareness.”

Elbakri notes that during Ramadan, Muslims continue to go about their daily lives, whether it be school or work, etc. The goal is to become more self aware of the sins that into everyday life. He says that fasting is only required of healthy adults, adding many children practice fasting during the month in preparation for adulthood.

Ramadan is the same name of the lunar month in which Muslims believe the Quran was revealed to the Prophet Muhammad. It’s believed the actual revelation occurred during one of the last 10 nights of the month. Elbakri explains the last 10 nights of Ramadan are a time of intense worship, in which many Muslims take time off from work so they can stay awake during the entire night. He adds it’s a time to focus on spirituality and to re-energize for the rest of they year.

For many newcomers, including Syrian refugees, this will be their first Ramadan in Canada. Elbakri notes it may be a difficult period of adjustment for them.

“I think this will be a new experience for them,” said Elbakri. “I would just encourage them to try to reach out, connect with other Muslims in the community. There might be some feeling of loneliness or isolation…It really is a time to connect with family and friends and they’re away from home for the first time. Also for the non-Muslims to reach out and to learn more about Ramadan, and I think they’ll find their new Muslim neighbours more than happy to discuss what they do for the month.”

Zahid Zehri, a local member of the Manitoba Islamic Association, moved to the Toronto area from Pakistan in 1999 before coming to Winkler.  He says the Muslim prayer area in Winkler will be open throughout the month, to allow people to gather and worship together.

Zehri notes they plan to hold a weekly get-together at the Winkler mosque throughout the month of Ramadan.

“In the Pembina Valley, if you count the Winkler, Morden, Altona, Carman [area], we do have plenty of families. I would say maybe 30 to 35 families, they are newcomers as well,” he said. “What we have decided, we want to have a get-together every Saturday where the families can come and bring their own food, kind of a one-dish party…They pray together and they recite the Quran. They also have nightly prayers, we call it the Tarawih.”

The Islamic holy month of Ramadan concludes this year on July 6, with a celebration called Eid al-Fitr. Muslims will gather during the holiday for a time of prayer, food, and fellowship. Gifts will also be exchanged. Eid al-Fitr is a major religious holiday for Muslims, often compared to Christmas in terms of size and scope.

For more information on Ramadan, visit the Manitoba Islamic Association’s website at www.miaonline.org.

5 ways Canadians have stood up to Islamophobia

Lori-Ann Livingston & Sunna Murphy: What do you look for in...