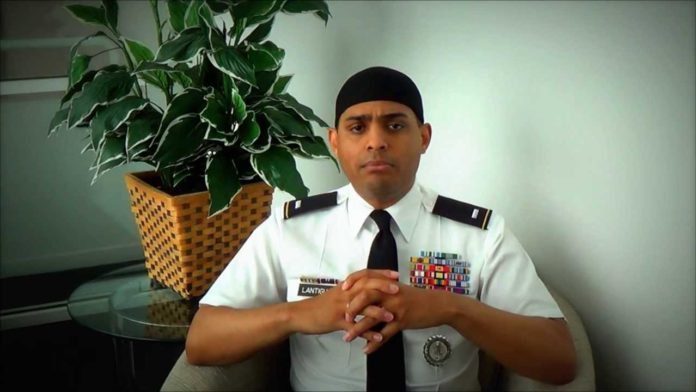 Chaplaincy originally is a term coined by Christian pastors serving the wounded in battle centuries ago and nowadays it refers to the Religious & spiritual-caregiver service to any person, whether they are patients in a hospital, inmates incarcerated in any prison, soldiers in an army, employees in workplace or students attending University.

Chaplaincy has grown to become an accredited profession with necessary credentials required to serve those vulnerable within the laws of the nation as well as the respective authentic tradition the Chaplain represents. A chaplain may facilitate persons of other religious persuasions by arranging to have the Representative attend to the needs of the person in need through a mutually respectful and knowledge based process. 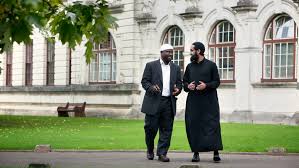 WHY DO MUSLIMS NEED A CHAPLAIN IN THE PRISON?

In Canada there has always been Catholic and Protestant Chaplains, providing religious and spiritual care to the inmates. In the history of some prisons the pastors were the wardens because they saw the need to reform the inmates through religious teachings and hence established their own institutions.

The Canadian Charter of Rights and Freedoms, paragraph 2(a), guarantees everyone the fundamental freedom of conscience and religion.

The importance of the spiritual dimension of life is also incorporated in the Corrections and Conditional Release Act, Sections 75 and 83, and in Regulations 98 and 101, stated as follows:

Sections 75 – An inmate is entitled to reasonable opportunities to freely and openly participate in, and express, religion or spirituality, subject to such reasonable limits as are proscribed for protecting the security of the penitentiary or the safety of persons”.

Correction Canada employs Chaplains for Federal Institutions, outsourced to Faith communities, based on number of Inmates. Contracts are given to Faith communities to serve the religious and spiritual needs of the Inmates. For every 175 Inmates, one full time Chaplain is available.

Chaplaincy service in Ontario is delivered differently. Institutions are responsible to hire full and Part time Chaplains. Ministry of Community and Social Services until last year had a department for Chaplaincy Services. Through this department, under an Memorandum of Agreement(MOA) signed in 1991 with Ontario Multifaith Council (OMC), provided core funding with a mandate to ensure access to religious and spiritual care in Institutions.

OMC, a 33 year old organization with 30 Faith communities as members, has been actively fulfilling this mandate by helping to meet the religious and spiritual needs of the Inmates in Jails and Hospitals and Senior Homes. OMC is seen as authority on faith matters, by the various level of Government, Employers in public and private sector, Schools, Colleges and Universities.

As of March 31, Government of Ontario will no longer provide funding for OMC. Faith communities are asked to deliver chaplaincy service at their own expense. Since Number of Hospitals have closed the Chaplaincy Office in the last two years.

WHAT HAPPENED TO THE MUSLIM FEDERAL CHAPLAINS?

The Federal prison system has established over thirty years ago an Interfaith Chaplaincy Committee to attend to the needs of other religious denominations. Across Canada many Imams have served as Muslim chaplains, mostly part time and with a growing Muslim inmate population – almost 6%- there is a need to provide for every 150 Muslim inmate one full time chaplain. With the inmate population in Ontario alone growing towards 25% of inmates being Muslims, there is a need for two full time chaplains, presently represented by one full time and two part times. The Provincial prison system has had volunteer chaplains from the Muslim community under the auspices of  Ontario Multi-faith Council. With the ending of funding to the Council that service will soon be disrupted. Federal Prison chaplains are represented in the national body of Interfaith Chaplains by one Imam, who along with other Chaplains are members of the Canadian Council of Imams. The Federal Chaplaincy for Muslims will continue, however, the challenge is to serve the Inmates even if the funding dries up and provide needed items and programs for which there is no funding.

WHAT ARE SOME OF THE TASKS THE CHAPLAINS PERFORM?

Chaplains perform the accreditation of Islamic teachings through correct literature and classes, ensuring halal meal is provided, provide guidance for Iftar and Sohoor in Ramadan, attest to the new Muslims shahadah, lead the prayers of Juma and Eid, provide all necessary items for worship and education, ensure radicalized thoughts are counteracted, provide service to all denominations of Islam and other faiths is required, answer questions on Islam to new Muslims, provide support for parole, attend meetings and conferences about enhancing Chaplaincy in the diversity paradigm and ensure their presence are felt and a secured environment is maintained at all times.

WHAT ITEMS DO THEY NEED FOR THE INMATES?

These items are usually donated by Muslim Businesss, Mosques, Organizations, Individuals and by the Chaplains. Very few institutions allow purchase from approved book stores only. It depends on the security level of the institution. These items amount to a few thousands per year if all the institutions and some thousand odd inmates is taken into account.

WHAT EVENTS DO THEY DO IN THE COMMUNITY TO CREATE AWARENESS?

Many conferences are held every year to address, locally, provincially nationally and globally the challenges and solutions to chaplaincy. Chaplains attend these and talk on behalf of their community. They also attend local Initiatives, like when the 44 Somalians youths died in gun battle a special conference was held in Toronto and the Muslim chaplains had to present as to what he does in the prison system to help these youths who are incarcerated.  Universities request speakers on the same as well as the media and researchers. The local Ambition newspaper carries articles regularly for past 4 years as to some of the events that Chaplains do to make it a community affair and help prevent crime.

Even hosting youth circles and events help to provide means to prevent crime and show youths a better way out. One example is the working partnership Chaplains have with Muslim Liaison Committee at the Toronto Police Service that aims to help the community ensure a safer place called home.

WHAT’S THE COST TO RUN A CHAPLAINCY PROGRAM?

To provide cost for one full time chaplain with travel and human resources is almost 50,000. Per annum. A full time chaplain travels to at least ten institutions in the region, ministering to their  needs within a 40 hour work week and making considerable time doing administrative as well as spiritual work within his portfolio. The wide range of  prisons spread across the Province makes that job improbable at times and part time chaplains and volunteers have to complement this work with a growing population of Muslim inmates and their issues becoming more complex, especially conflicting theological issues.

Islamcare is a nonprofit organization that runs a centre and chaplaincy programs for many years in Ottawa. When the Federal government publicized the contract for the first full time chaplain some 8 years ago they were successful in being chosen to mange this contract with their prior experience and integrity in the community. They have continued to do so without any additional cost and provides the necessary management and leadership to ensure these contracts are up held accordingly. Islamcare has larger budget for its Centre activities and the chaplaincy is small part of its annual budget that is funded by Corrections Services Canada.

WHAT ARE THE THINGS A HALF WAY HOUSE PROVIDE?

Residence in a half way house depends on the types of crime and how long a person needs time to reintegrate fully in society. Among the services an inmate receives there is housing, employment opportunities, counseling, assistance with getting his/her documentations  counseling programs against addictions  education opportunities to go back to school, visiting of places of worship and families visitations on weekends as well as need to prove one’s security risk as nominal through approved associations  Many Muslim inmates go to the mosques as well as maybe classes and observe celebrations as part of their diversity-unique reintegration program.

Many minimum security institutions allow Muslims to attend nearby mosques an escorted visit for Juma in order to help in their reintegration program. Kingston mosque, Kitchener and Barrie have seen such inmates.

HOW ARE NEW MUSLIMS GETTING SUPPORT IN THE PRISON?

Through a support system between the local Chaplains who are in full time positions and manage Muslim volunteers and part time chaplains and through the locally established Muslim inmate groups many New Muslims get to show their willingness to learn Islam, placed on a halal diet and are taught Islam and encouraged to practice Islam. There is a growing desire to become Muslim in prison as Islam provides the hope and care to anyone who is vulnerable and fearful and incarceration does that.

WHAT ARE THE RIGHTS OF MUSLIM INMATES IN THE PRISON?

To have their religious requirements fulfilled within a reasonable framework and have their Faith respected.

WHAT ARE SOME INTERESTING STORIES OF HOPE FROM INMATES?

Ahmad is one such example of a beautiful transition. He first remembered Sura Asr while awaiting his trial and through his four years of incarceration for drug related offences he made good of his Islam. Today he is working, giving back to the society by speaking at many conferences and reminding youths that there is a better way out. Samira is another example. She did not want to practice Islam but when one day she realized that the reason she was in crime was because her son was kidnapped from her some 20 years ago and she will only get closure when she finds him. Well she found him in prison  Another woman from her community made friends with her and in speaking realized that her ex husband was actually this sister’s cousin and when she finally located him in London and her son she was relieved  Her husband had told his family and son that his mother is dead! She said she waited for twenty years to hear Mommy I love you! Today she rejoined to her son and Islam!

ZAKAT  IS STIPULATED FOR PRISONERS AND THEIR MINISTRY

Helping inmates secure services and regular supplies and assisting them to be released, legally, is critical and the Quran allots a portion of Zakat on their behalf as much as the Quran categories the administration of the same as a category and the helping the poor and needy as another category of recipients.

Quran 9:60 Alms are for the poor and the needy, and those employed to administer the (funds); for those whose hearts have been (recently) reconciled (to Truth); for those in bondage and in debt; in the cause of Allah. and for the wayfarer: (thus is it) ordained by Allah, and Allah is full of knowledge and wisdom.