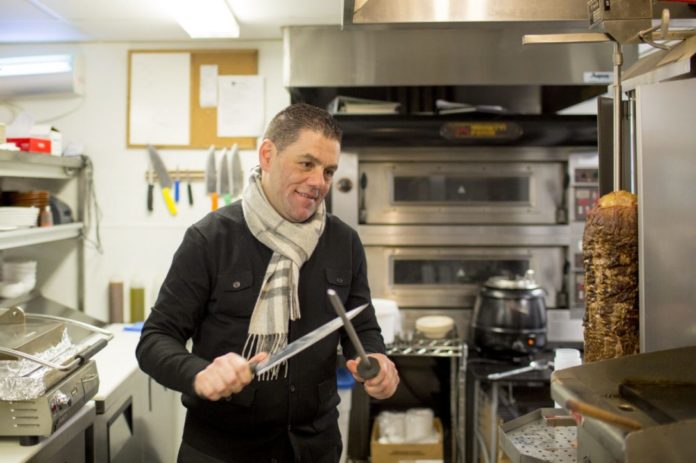 Two refugees from Syria are enjoying a fresh start in a new city, in a familiar profession.

Before coming to Canada, both men worked as chefs in Damascus, Syria.

Two Syrian refugees are the chefs at Shawarma Royale, a new restaurant in Waterloo.

Now the owners of a new restaurant in Waterloo have hired the men to work for them.

The owners are from Waterloo Region, but met their new chefs while volunteering with Syrian refugees who were new to the community.

Both Hamrooni and Hindi jumped at the chance to continue their profession here in Canada.

Speaking through a translator, Ahmad Hindi says shawarma is his specialty and has worked in the business in a number of countries already.

Nadir Hamrooni says although he is nervous, he is excited about the opportunity.

“I’m a little bit nervous. There’s a big difference between here and back home but I’m so excited about the opening,” he said.

Both men are learning to speak English so they can chat with their new customers.

With reporting by Allison Tanner.