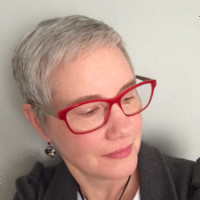 I thought since we go to the polls on Monday that it might be fun to take a look at words that are used in election campaigns.

First, a public service announcement: Municipal elections arguably are the ones that have the most impact on our daily life. Our municipalities provide us with programs and services. Everything from water treatment, to utilities, to the community centres, trails, parks and everything in between – if your city or township doesn’t provide it, the Region of Waterloo does.

Get out and vote.

So, the language used during elections is unique, and for us in Canada, is historically based on the British system of government. Some words go back a loooong way in Britain, and carried over to the colonies as a way of establishing dominance over settled land.

According to Oxford Dictionary, the word “candidates” dates only from the 17th century, is rooted in the Latin word, candidatus, meaning “white robed.” That’s what those who stood for office wore – a white toga – in ancient Rome.

What do candidates do? They canvass.

Originally, in the early 16th century, the verb “canvass” meant to toss someone up and down in a canvas sheet, either as a game, or as a form of punishment. Later, it came to mean assaulting, attacking or criticizing someone. That’s what candidates do, right? Eventually, the word’s meaning became a bit more charitable, and came to mean “discuss” and then to “seek support for” or “solicit votes.”

Once the new members of our councils and school boards have been elected, they begin to work on their “mandate” – that is, they have the authority to carry out their individual policies because they won the election. So this word is also Latin: mandatum, meaning “something commanded.” It combines the words manus (hand) and dare (to give), which means, I guess, that they were handed their work by the electors.

So, as candidates make one last push to canvass your neighbourhood, make sure you make it to the polls on Monday to give them a clear mandate for the next four years. Happy voting!

Living in a Post-Truth World

The Hajj: Its Spiritual Meaning and Aspects of Worship