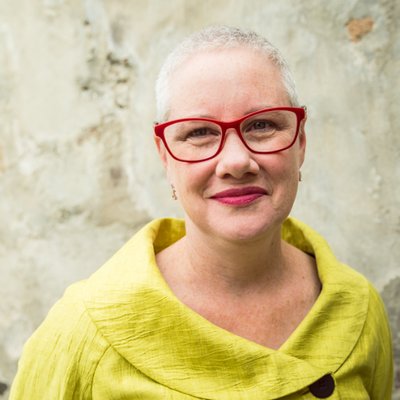 A conversation with Paddy Moloney is like flicking through the Who’s Who in the music world. The American military song comes to mind, but replace the words “I’ve been everywhere, man,” with “I know everyone, man.” He has a story for everyone.

Making his latest album, Tears of Stone – on which the Chieftains perform with female artists – has provided Moloney with a few more stories to tell. He’s telling one about the Corrs’ track, I Know My Love, from the album.

“I sent them a tape of the song with an older person singing it, and they thought I was joking. Of course, it’s not their kind of thing, in a way. We (the Chieftains) had just finished Santiago, so Cuba and all the Cuban rhythms were still in my head,” he says, drumming a rhythm out on the table. “I started demonstrating all the syncopated rhythms, and they said ‘Oh, great, now we know what you want.’ Two hours later, we were flying.”

The Chieftains, who have just won a Grammy for their album Long Journey Home, perform with women like Joni Mitchell, Bonnie Raitt, The Rankins, Diana Krall, Joan Osborne and Sinead O’Connor on Tears of Stone. The album began as a project six years ago, but Moloney says his interest in the female voice goes back much further.

“I was always fascinated by the combination of the traditional instruments with the female voice. It made more musical sense tone-wise for me, much more so than a man singing,” he says. “There’s something about a woman singing that creates a sound that’s more appealing to me. We have these great love songs, these trouble songs, which are very sad and sung in the Irish language going back hundreds of years. We had reasons for our sorrow, of course. Our neighbours came knocking on the door, and came and forgot to go back. People recognised that women were – had to be – very strong. They had to hold the fort, in other words, and see their loved ones go away. A lot of the songs might almost sound as if they are encouraging that – they probably did – but at the back of their hearts they were brokenhearted.”

Working with the women on the album, all of whom Moloney gushes over, is obviously a perk of the job.
“My wife Rita says I should take my rosary with me when I do these things,” he laughs.
Although still in the process of promoting this latest album, planning for a Tears of Stone tour and accepting awards, Moloney stops for nothing; his new project is the soundtrack to a new film with Angelica Huston.

“It’s a kind of Commitments-type story; the Irish comedian Brendan Carroll wrote this book, and it’s all  about his childhood in the late Fifties, early Sixties. He came from a poor family and it’s terribly funny, terribly funny, and touching. There are some sad moments in it, too, but Angelica plays the lead. She’s the Irish mammy, and it’s shot in Ireland. She asked me last year to do some music – I thought maybe a song or two songs,” he says. “She says, ‘No, I want you to do a whole score.’ She wanted me to write the whole thing. I said, ‘Angelica, dear,’ – I’ve known her since she was 18, and she lives in Ireland – ‘How on earth am I going to do that?’ because I was going on this (Tears of Stone) promotions tour. So I had to bring my whistle and my tapes, and sit back in airplanes and write my tunes, and think up bits and pieces.”

Moloney and his fellow Chieftains – Martin Fay, Sean Keane, Derek Bell, Kevin Conneff and Matt Molloy – have collaborated with many different artists from varying genres, including rock and world music. Moloney was made an honorary chief of the Choctaw nation in the United States six years ago. he says the Chieftains will eventually get around to recording an album with North American aboriginal people.
And then there’s Moloney’s new recording label, Wicklow Records, launched last month. Based on a partnership formed among Moloney, Sam Feldman and Steve Macklam, the Chieftains’ management team, and BMG Classics, the label represents artists Moloney has encountered in over 30 years of musicmaking around the world, and provides a platform for them to reach a wider audience.

In April, a new Chieftains album called Fire in the Kitchen, a collaboration with East Coast Canadian artists, is scheduled for release on the label. The label also includes Bill Laswell, Varttina, a Finnish 10-member band, and Yat-Kha, a Tuvan throatsinger.

“It’s not world music. I don’t want it to be branded as world music. It’s great bands, singers that I’ve collaborated with,” Moloney says. “There are great things happening on this record label. It’s not just world music; it could be Japanese playing Irish music.”
Another Chieftains album, entitled Christmas in Rome, in which the Irish traditional group performs with the Vatican Choir, is scheduled for release in autumn this year.

And that’s just this year’s line-up. At 61, Moloney is a diminutive ball of fire – energetic, active and could talk the ear off Spock. He’s grandfatherly, and a grandfather, and the godfather of Irish music. Stay tuned for more of Moloney.

My Life in KW