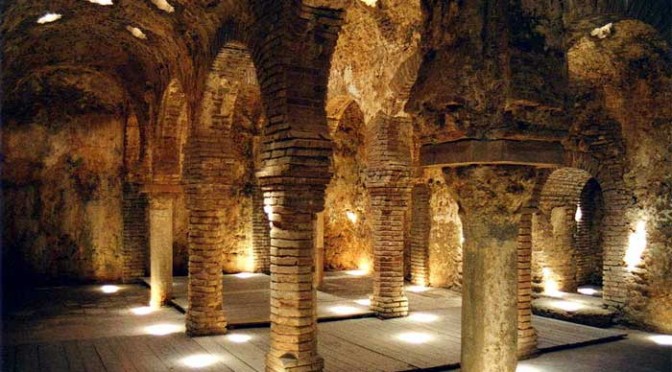 How many people now know who Ibn Hazm, Al-Mu’tamid, Ibn Tufayl, Abu Ishaq al-Butruji were, or even where they came from? Most probably, not many. Yet these were among the most important scientists and thinkers of their age and lived in Al-Andalus.

The year 1492 has long been a historical landmark: the Americans recently celebrated the 500th anniversary of Columbus’s ‘discovery’ of the new continent. But there was another 500th anniversary to be marked in 1992. Although this event was also of momentous importance for the history of mankind, it has attracted much less attention. The event we are referring to was the fall of the last Muslim city left in Spain: Granada. The date was the second day of 1492 when the Catholic king of Castile captured the city which had been governed for nearly eight centuries by Muslims.

The Muslim conquest of the Iberian Peninsula, which marked one of the most magnificent and glorious periods in Islamic history began with an invitation from one side of a civil war then raging in Visigothic Spain in 711. Musa Ibn Nusayr, the Umayyad governor of North Africa, was asked to help the rival of a Visigoth king. Thereupon, Nusayr ordered his general Tariq Ibn Ziyad to aid these people with an army of 7,000. In the following years he himself went to Spain. Within seven years the Muslims took control of the whole of the Peninsula, except for Galicia and Austuria. Muslim rule was accepted voluntarily by many Spaniards and over time some of them accepted Islam. The Andalusian Muslims did little to disturb the natives and allowed them to perform their religions and customs. After the dissolution of the central Umayyad government between 1009 and 1031 as a result of uprisings and a succession of weak rulers, a number of independent petty kingdoms (in Arabic mutluk al-tawaif and in Spanish taifa) became established. In spite of the fact that these little kingdoms were weaker than the former Umayyad state, an astonishing flowering of arts and learning took place during the taifa period. One reason for this outstanding development was that each ruler patronized artists, scholars and scientists to gain more prestige than the others. Eventually, the absence of a centrally organized state led to the end of Muslims’ power in the Peninsula. They lost considerable areas of territory to the Christian kingdoms that were reasserting themselves in the north. The petty kingdoms of Al-Andalus asked Yusuf Ibn Tashufin, the Almoravid (in Arabic al-Murabitun) ruler in Morocco, to intervene. They got the help they needed, but in 1090, the Almovarids left the country to its own destiny. This time the taifa kingdoms asked the Almohads (in Arabic al-Muwahhidun) for help. The Almohads willingly accepted and for a period of time they won some success in Spain. Nevertheless, in 1212 at the battle of al-Iqab they were defeated and within a few decades the Almohads were forced back across the Strait of Gibraltar. Muslim cities fell one after another until 1260, when only the kingdom of Granada remained. Granada survived for another two centuries. By the end of 1491, the armies of Ferdinand and Isabella were at the gates of the city. There remained only one final act to be played out on January 2nd, 1492 by which Muslim political sovereignty in Spain came to an end. In 1500, Spanish Muslims were presented with a terrible choice–either to convert to Catholicism or be expelled from Spain. Some did convert, others continued to practice their faith in secret and the rest chose exile.

It is a fact that the Andulusians developed a uniquely plural society whose main features were freedom, tolerance and lack of assimilation–Arabs, Christians, Jews and other immigrants lived side by side in peace for about eight centuries. Cordoba, the capital city of Al-Andalus, was the centre of a sophisticated and rich Islamic-Hispanic civilisation. In its heyday, Cordoba was famous for its intellectually advanced culture, its centres of learning and its great libraries. In those years, there were about one million people, 200,000 houses, 60 palaces, 600 mosques, 700 baths, 17 universities and 70 public libraries in the city. The biggest central library of Cordoba had 400,000 hand-written books and the catalogues which included only the names of the books consisted of 44 volumes. The famous orientalist, Dozy, stated that nearly all the people in Cordoba could read and write.

Gebert of Aurillac, the French monk, later to become Pope Sylvester II, was the first European scholar of importance to study Arabic sciences. He was also responsible for sending many teams of students into Al-Andalus during the closing years of the 10th century. By the end of that century, the various schools in Cordoba employed hundreds of students as translators and just as many copyists working closely to interpret and translate hundreds, perhaps thousands, of manuscripts from Baghdad and Cairo. Through these translations, philosophical and scientific thought from the Greek, Roman and Arab worlds, preserved and expanded upon by Muslim scholars, passed into European consciousness to fuel both the Renaissance and the Age of Enlightenment. Western Europe, in general, owes a great debt to this enormously long and rich intellectual flow from Al-Andalus.

Islamic Spain was an immensely fertile ground for learning, producing a long series of intellectual, aesthetic and scientific advances attributable to Muslim, Christian and Jewish thinkers and the ethos they created. This blossoming was due in part to the spirit of tolerance that prevailed for much of the history of Al-Andalus.

In literature, Ibn Hazm (died in 1013) expanded traditional romantic poetry with his Tawq al-Hamamah (Dove’s necklace). This form of poetry passed from Al-Andalus into North Africa. Islamic literature in Andalus, however, reached its peak during the taifa era when the poet-king of Seville, Al-Mutamid, established an academy of letters, and Ibn Darraj al-Qastalli wrote a series of qasaid (poems) of unequalled beauty.

By the end of 11th century, Al-Andalus was at the forefront of European sciences. The Andalusians excelled in astronomy, both theoretical and practical, perfecting their tables and the precision of their astronomical instruments. Toledo astronomer Al-Zargali, (d. 1087), simplified the Hellenic astrolabe; his version, known as the saphea azarchelis, remained in use until the 16th century. He also anticipated the 17th century German astronomer Johannes Kepler in suggesting that the orbits of the planets are not circular but elliptical.

In medicine, Al-Andalus produced scholars like Al-Zahrawi (d. 1013), who wrote extensively on surgery, pharmacology, medical ethics and the doctor-patient relationship. Ibn Zuhr (known in the west as Avenzoar), a century and a half later, was an advocate of clinical research and practical experimentation. The first medical school in Europe was built in Salerno by Andalusians.

Abdullah Ibn Abdulaziz was one of the best-known geographers and renowned for his great work Al-Masalik wa’l-Mamalik (Roads and Countries). Another important geographer was Al-Idrisi who was educated in Cordoba and wrote Kitab al-Rujari (Roger’s Book) under the patronage of the King of Sicily, Roger II. In this book he divided the world into seven different climatic regions and each region into ten parts. He illustrated his book with some outstanding maps remarkable (and unique) for their accuracy.

Andalusians were also very successful in mathematics, especially geometry. They used the number ‘0’ for the first time in Europe. Among the well-known philosophers who lived in Andalus were Ibn Bajja, Ibn Tufayl and Ibn Rushd all of whom influenced European thought very profoundly. Abu Bakr Ibn Umar, Abu Marwan, Ibn Fradi were particularly famous in historical studies.

Although, over the years, the lost splendour of Al-Andalus has been much idealized in the Islamic world, there remains an appreciation of the factors behind its downfall. Some of these were external, such as the unification and expansion of the Christian kingdoms of Spain and the geographic and political isolation of Al-Andalus from the rest of the Muslim world. There were also internal factors that contributed to the decline of Al-Andalus particularly the rivalries that weakened and divided Muslim Spain, the greed and self-indulgence that gripped its elites, and the loss of inner religious dynamic.