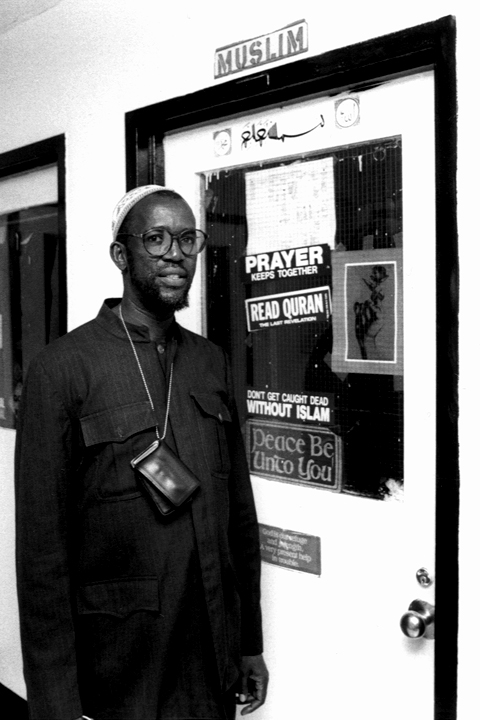 Chaplain
I am sitting with some inmates inside the chapel and its Saturday morning.
Could you imagine what they are talking about?
People wonder why an Imam would consider spending his precious weekend with men who are hardcore criminals. I find it myself mind boggling!
Is it the story of Yusuf that so inspired us to be considerate of the incarcerated? Is it the sweet voice I heard from Bri-anneSwan at our Multicultural Eid in Toronto sharing her brave act to meet with an inmate on death row in Texas? Or is it the soft nature of the innate human disposition called fitra that Dr Karen Armstrong alluded to in the Interfaith conference recently in Montreal?
I suppose it’s all of this and much more as the constellation of accumulated stories of faith and hope over the past eight years makes me continue to listen and guide men and women whose lives tiptoe on the brink of hope!
So here is the inspiration:
Mr strong man is a long time practitioner of Islam and has written his memoirs. He was brought up on Islam; however the cruel interactions of society have led him to a life of regret. But one of the smartest and creative men you will meet when you read about his unpublished work of addictions and the life of a Muslim.
So the path that Malcolm X chartered is not a maiden of street without GPS but very much lived by many in the dark alleys of prison.
And there is our so ghora Gujarati dude in full beard and jubba, cooking spicy Iftars during Ramadan and reciting beautiful Quran! He is so cool that you wouldn’t even imagine he ran the turf one time.
The path that Yusuf Islam threads within the story of music and conversion is the beautiful narrative of a world’s celebrity not being afraid to play for his fans and proudly speaking for Islam. I met him at the CN tower dinner last year and he kept it real with his humor!
So I have the pleasure of knowing people for their stories and not judging them by one story. People are not defined by their worse or best moments but by what they do for others. Dr Martin Lutherreminds us that what life is about.
Sipping coffee and touting tattoos he respectfully submits that it’s time for prayer! That’s the white supremacist turned everybody’s friend, thanks to the dynamic seed of Islam planted in his soul by reading the Quran last Ramadan. He now exudes the beautiful aura of the Sunnah style and even received a standing ovation as the valedictorian this year!
Such is the transformation that the soul is capable of, that this proven path of spirituality, like music therapy and pets for compassion, is something one could be proud of.
It reminds me of the Prophet Muhammad, on whom be peace, allowing the Bedouin to continue urinating in his mosque while others wanted to smack him up. But Muhammad was more hood than the tough Arabs! He steadied the ‘gangsters’ and won the Bedouin’s heart and millions still today.
That’s why I am a Chaplain!
And yes Eid is always a blast!

Cameron Dearlove: What do I look in a political candidate?

Fasting in Ramadan and Developing Self-Control