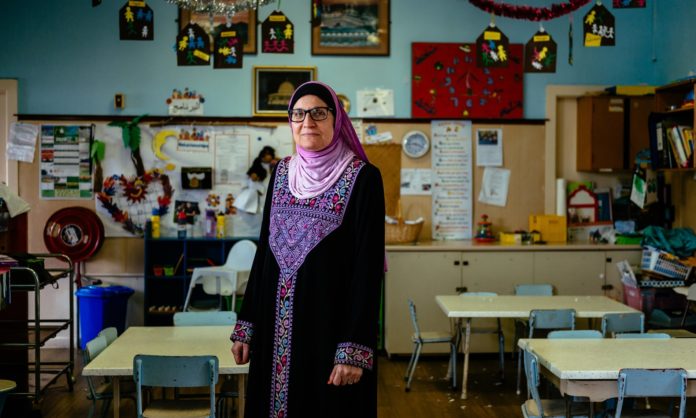 t first, Hisham al Zarzour couldn’t remember what had happened. Later, he tried to forget. Lying beneath the bodies of other worshippers at Al Noor mosque in Christchurch last March as a gunman fired again and again, he prayed that Allah would send him back to Syria to die.

There, war had been a way of life. Chaos became normal. But the violence in peaceful New Zealand came just seven months after the sleepy, leafy city had become his home. That something so barbaric could happen in his place of refuge was unbearable.

In the week before the attack’s first anniversary on 15 March, the Guardian visited Christchurch, where bereaved families and survivors of the shooting are bracing themselves for renewed interest as the global spotlight swings back to the city. Many in the Muslim community are dreading the attention while they still come to terms with new lives and realities, their bodies and prospects and families forever changed by the gunman’s assault.

“To be honest I felt mentally, after the mosque attack, better than now,” al Zarzour says. Last March, he had carpooled to Al Noor with his closest friend in New Zealand, a fellow Syrian, Khaled Mustafa. He couldn’t remember what they’d spoken about.

After the shooting, al Zarzour emerged, badly wounded, from beneath the bodies of two men. Mustafa’s face was the first he saw. He had died along with his son Hamza, 16, and 42 others in the nation’s worst peacetime massacre.

“My behaviour now is not quite right,” al Zarzour says. He is a slight, bearded man with huge, dark eyes. He talks to the Guardian at his home while his two primary school-aged children watch cartoons and the third, a toddler, scales the kitchen cabinets like a monkey, his wife chasing her to and fro.

“Sometimes I think everything is weird,” he says. “I’m trying to make the situation stable for my family.

A Muslim Professor Was Attacked by an ‘Old White Man’ at...