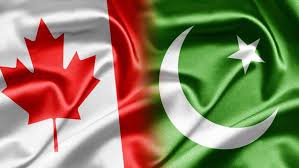 I was born in Karachi, Pakistan. My city, Karachi is a coastal city near the Arabian Sea. Karachi has a rich history of different cultures that inhabit it such as Sindhis, Baluchis, and Gujaratis from the surrounding areas. ​I attended Froebel’s Education Centre for my elementary and middle school. I think religion does play a vital role in my upbringing, religion specifically Islam is a big part of society.

Pakistan is one of the countries formed based on religion, where 97% of the population is is Muslim. I used to pray five times a day as the mosque was situated close to our house. Religion is not the only thing that defines me as a cultural being. Language is another part of my cultural identity. I speak two languages fluently: Urdu and English. Urdu is the official language of Pakistan. It is widely spoken and understood across the South Asian region and in some parts of the Middle East. Language defines our lives and the way that we communicate with others. Urdu was the first language that I learned, unlike English where sentences are written right to left. Urdu is written from the left to right as it was derived from a combination of Persian and Arabic influence. Fashion is another part of my cultural identity.

In Pakistan, Shalwar Kameez is the traditional attire for men and women in the entire region. The Kurta (top) is a colorful gown with various different patterns, while the bottom is either traditionally white or the same color. I used to wear it frequently, as it was extremely comfortable. When I moved to Canada in order to fit in, I started wearing clothes that are more Western. At first, I did not feel comfortable but over time, it became part of my Candian cultural identity. Festivals are a huge part of Pakistani culture as well; the two main ones are Eid-ul-Fitr and Eid-ul-Adha. I remember on Eid-ul-Fitr, my parents would wake my brothers and I up early and tell us to get dressed, so we could pick up my Uncle from his house and be at the mosque in time. We would pray in congregation and then would greet everyone at the mosque, wishing them a Happy Eid Mubark. We would then proceed to go to my grandfather’s house and celebrate with all our relatives. As a child, I loved Eid-ul-Fitr as you would get an envelope with money inside as a gift. When I got older, the smaller kids started asking me for money. The other festival is Eid-ul-Adha to commemorate the sacrifice that was made by Prophet Ibrahim (as). This act of Quarbani would be divided into 3 parts: family, friends and the less fortunate.

The Socio-Cultural Environment in Pakistan is defined by various things that make us uniquely Pakistani. Sports are a large part of mainstream society in Pakistan. While Hockey is the national sport, the most widely popular sport in the region is Cricket. Pakistan is one of the top teams in the cricket world. We are currently ranked the number one team in the T20 format of the game, ahead of Australia, England, and India in second, third and fourth. As recently as 2017, Pakistan won the Champions Trophy against archrivals India. The feeling in the atmosphere of a Pakistan vs India game is unmatched. The anticipation starts in the morning where everyone from bus drivers to businesspersons talk tactics and selection leading to the build-up of the game. Once the toss is decided, everyone is glued to the TV screens watching as it unfolds. If Pakistan scores an early boundary or takes an early wicket. You can hear a jolt of enjoyment from everyone in the neighborhood. While if it goes the other way, the crushing emotional blows of disappointment can be felt throughout the air. However, the match may end; we turn to food as a source of celebration or solace. Pakistan cuisine is characterized as a blend of all sorts of different spices and aromatics. Popular dishes that I used to eat nearly every day were Daal (Lentils), rice as well as Chicken Korma and Chicken Karahi with roti. I used to come home after school at 1:30 pm and have lunch by 2 pm. Unlike Canada, The dinnertime would be much later in the day around 8 to 9pm. Where whole family members would gather around the table and talk about their day.

My family of origin culturally is Mahjirs, which translates to immigrant, since we were Muslim and Urdu-speaking, During the partition of India in 1947, My ancestors traveled from Northern India to urban city centers such as Karachi (Shackle). The Mahajirs represent about 7-10% of Pakistan’s total population. We traditionally belong to well-educated and wealthy families. Upon arrival to Pakistan, The Mahajirs were able to take the high post jobs that were left vacant by the Hindu Sindhis, who left for India. With the nationalization of Urdu, Urdu speakers were extremely fortunate to have easier access to education and are currently leading in Government and other Technological industries(​Upadhyay​).

I have largely lived in a homogenous culture surrounded by the pakistani way of life, until I immigrated to Canada at the age of 16. Moving to North York and starting school at Earl Haig Secondary School was my first experience of Canada’s diverse and multicultural society. North York has a large immigrant population and 58% of the population were not born in Canada. The Chinese Candians about 13% of the population, African Candians take 10%, Americans 4%, and Pakistanis Canadians take 3%(Dem). In high school,I became friends with several students that were new to the High School. They came from all different destinations but our purpose for coming to Canada was the same for a better life. At first, it was challenging to get accustomed to the Canadian Lifestyle. I first moved here with my mother and brothers into an apartment. It felt like home, especially with the places around the neighborhood. We found halal restaurants that made me nostalgic of the food I had previously in Pakistan. It was hard to make that transition but easier if you do it with your family, as it brought us together. It influences my cultural being in a variety of ways. It was the first time that I had permanently moved from Pakistan to Canada. In search of a new life, I felt that I lost my previous one. As everything was new and different. It was a hard time; I felt as if I had lost all my friends and in part my identity.

Although now I feel extremely fortunate to live in a mosaic of different cultures, where food and language are blended into the multicultural landscape of society. I have had the pleasure of meeting several people from different cultures. I feel like when people come from a place of understanding and appreciating each other’s culture, seeing the unique similarities and the differences between each other has allowed us to live inter-faithfully. For example, In Pakistan, I used to hate India and dislike Indians. This was partially due to the rivalry in cricket but it extends as a much more serious issue that is perpetuated by politicians from both sides. When the British invaded to India, they created and perpetuated the Hindu-Muslim antagonism. Before they invaded Hindu’s and Muslims used to live in harmony with one another but the Britians forced each side to believe that the other was its enemy, in an effort to facilitate continued imperial rule(Tharoor). This notion is continued today as both countries view the other as mortal enemies. When I first came to Canada, I joined the Cricket team; the team was divided between people from all four countries of the Sub-continent: Pakistan, India, Bangladesh and Sri Lanka. We as a team played as one, many of them who were Indian were and still are my best friends. We even watched an India vs Pakistan match together. Unfortunately, Pakistan lost that match.

Whenever I go back to Pakistan, I still feel that there is that anti-Indian sentiment that is perpetuated by the media but coming to Canada influences you and challenges you to face your preconceived notions. It was the first time that I was away from my parents. My father runs a construction company and my mother was formerly a principal of an elementary school. They would make trips during the summer to see my two elder brothers and I as much as they could. Although, I did miss them alot but moving to Canada gave me the personal freedom that I had in this diverse society, I identify myself as a Global Citizen. There are many advantages to living in Canada. I am extremely fortunate to live in a country with a Universal Healthcare system and with one of the lowest crime rates in the world. I feel extremely safe and secure to go out without any restrictions. In Pakistan, Corruption is still a substantial obstacle that is widespread and systematic. Bribery is prevalent in law enforcement and other public services. The Judiciary system is considered to shield corrupt practices from persecution. Although, new Prime Minister Imran Khan has triednever seen or experienced in conservative Karachi. It allowed me to think outside the box and make decisions for myself. Canada has become my teacher, my saviour and the place that I feel always welcome (Bakhtiar). To develop several institutions to address these issues(U-4). There are many advantages to living in Canada; unfortunately, there are some disadvantages as well.

Being a Muslim, there are several dietary restrictions that we must abide by. This means that we are forbidden from eating pork and drinking alcohol. When I lived in Pakistan, I was able to eat and drink whatever I liked as it was all deemed halal but coming to Canada. I had to be more aware of what products contain gelatine, as the collagen in them is derived from animal body parts such as pigs. In North York, there is a minority Persian community; this made access to halal meats and other products much easier. Fasting during the month of Ramadan also presents a challenge in Canada. As generally, several people from different cultures are still eating and drinking as they would. This sometimes tempted me to break my fast but I never gave in to the temptation. Comparatively, In a Muslim majority country, mostly everyone was keeping their Rosa (fast), so you wouldn’t see people eating or drinking. I have wholeheartedly enjoyed my time in Canada. I feel like, for a better overall experience inter-culturally, there should be a better precedent on interfaith and intercultural dialogue. It should begin at institutions such as high schools and universities, where people should engage in interfaith dialogue, even if they disagree with the other person’s culture. They should focus on the similarities and gain mutual respect for each other’s culture. In our community, we can learn from each other’s culture. This will lead to understanding why people do what they do. You can Identify with other people and sympathize with their situation. This will facilitate understanding and prevent misunderstandings (Killingsworth).

In conclusion, there are several cultures, practices, and beliefs in the world. I believe that being culturally aware and respectful of each other’s culture is the best way for a diverse society to move forward. By learning about other cultures, people will have an easier time integrating into and interacting with others. Furthermore, this will solve the cultural-based issues before they arise (Kiarie).

Bakhtiar, A. (2018, May 15). What I learned about Canada on my flight leaving Pakistan. Retrieved April 13, 2020, from https://www.theglobeandmail.com/life/facts-and-arguments/what-i-learned-about-canada-on-myflight-leaving-pakistan/article24475704/

Dem, A. (n.d.). Demographics of North York, ON. Retrieved April 12, 2020, from https://www.omegawindows.ca/demographics-of-north-york-on

U4, A.-C. (n.d.). Overview of corruption in Pakistan. Retrieved April 12, 2020, from https://www.u4.no/publications/overview-of-corruption-in-pakistan/

Upadhyay, A. (n.d.). How does it feel like to Mujahirs in Pakistan. Retrieved April 11, 2020, from ​https://www.quora.com/How-does-it-feel-to-be-a-muhajir-in-Pakistan