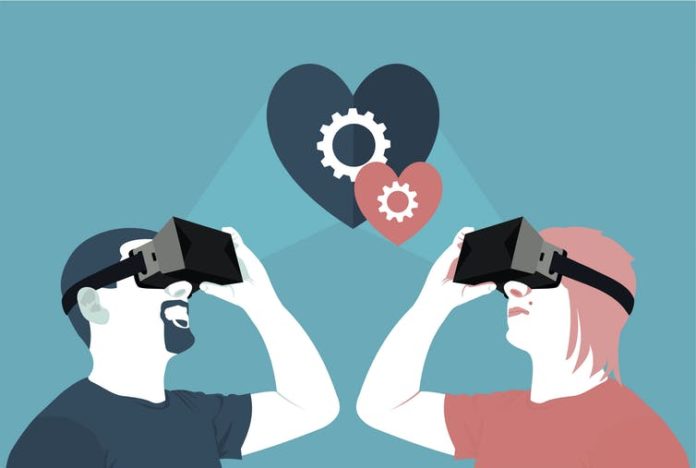 Humanity is now facing one of its greatest ailments – and it threatens to overwhelm us. Though terminal diseases like AIDS, cancer, and other pathologies have defied the expertise of medical experts, they can’t compare with this emerging sickness.

Centuries ago, Shakespeare saw this coming. Macbeth, one of his most renowned creations, lampooned his sick wife’s physician with the terse phrase, “throw the physician to the dogs,” because the doctor could not cure his wife of her strange mental malaise. If the world is not yet ready with their own retorts to our physicians, they should prepare quickly, for surely this emerging disease will render our physicians impotent. And our psychologists should begin preparing for what will be one of their greatest challenges.

The world is undergoing a most unfortunate paradigm shift. The area that is worst hit by this trend is the very area that is central to our sense of human existence. It is the world of reality, the native home of man; the very real world where personal encounters between humans are made possible without any form of mediation, be it from the internet or other online portals. Mankind is hastily vacating this world of reality and all of its meanings for the virtual world of the internet, mediated by all forms of codes and mechanisms. Today, a great majority of human relationships have been transferred from the world of reality, where they involve personal encounters between humans, to the virtual world of the internet and other online platforms where personal encounters between humans are either ruled out or vastly different.

What this means is that there is hardly any human activity that cannot be accomplished with or without the physical presence of the parties involved. Do you want commerce or other business transactions? Online shops are there to take care of that. We have online dating, just like we have e-banking. Colleges now offer many courses online; whole degrees can be earned without ever stepping foot into a classroom. Facebook pages, 2go, Twitter, Badoo, and many other sites have created an entirely new cultural paradigm by transforming the nature of human relationships. Heck, even church activities can be observed through online fellowship.

Whether this transformation is for better or for worse is not so much the issue as is the fact that we have built a world we can no longer do without. There is a kind of surrogate culture settling in to take the place of traditional human forms of communication, a culture where technology acts as an improviso for man. Man now relates more with technical equipment than with his fellow human. In fact, there are so many proxies and technical bureaucracies making real life encounters between humans very difficult. And this is where the problem lies.

The real world is fast losing its appeal as the virtual world seems all the more handy for every human venture. Many people now find it hard to live in the real world. Consider the following incident. I began dating a woman I met over Facebook. For over six months or so, we were in contact with each other through chatting, calling, and sending emails or text messages, but never once set eyes on each other.

Then one day, something funny happened. My internet girlfriend of six months made a startling statement: she told me that she wanted to know me. My reaction was to say, “What do you mean? Do you mean that you don’t know me after six months of friendship?”

What happened when we finally met in person was an eye opener for me about the greatest problem facing mankind. Over the 20 minutes or so that our meeting lasted, the once enchanting, intelligent, and romantic girl of my virtual world became shy, timid, and uninteresting in the real world. I doubt if our eyes ever caught each other, since she could not bear to look me straight in the eye. She was shy in the most painful way and kept blushing like one brought out of darkness and thrust into the light.

I don’t mean to claim that I was completely relaxed with the whole thing. In fact, both of us were so uncomfortable that no sooner had we met than we started longing for our virtual world, where our friendship is mediated by software, hardware, codes, and other mechanisms. The irony of the whole thing is that we were most at home and ready to spend hours with each other in the virtual world.

It would not be difficult to refute this experience with a contrary story, as many friendships that begin on the internet also work out in person. But there are plenty that don’t, and many of these are because of the fact that the internet provides mediums where people can portray themselves differently than they actually are. It’s easier to lie about one’s achievements or physical capabilities on the internet than in person.

The internet can also, unfortunately, be a place for predators to stalk their victims. The late Cynthia Osokogu, of Lagos Nigeria, is an unfortunate example of someone who sought refuge in an internet relationship, only to end up the victim of violence when that relationship was brought into the real world. The virtual world provides cover for people looking to “be somebody else”. Unfortunately, beneath that cover, sometimes the “real” person is completely different – or even worse. .

Whether we like it or not, the virtual world has come to stay. In fact, it has become so indispensible that the world can no longer do without it. It has enlarged our sense of human possibilities; human life has become something of a seamless continuum, stretching from the limitations of the natural world of reality to the limitless world of the internet.

Yet some believe that we are losing our ability to live and thrive in that real world – the one of actual limits. And this is where psychologists must watch out. The greatest challenge that will face psychologists in the near future is that of getting man to accept and feel comfortable in the world of reality. Giving the immediacy of cyber-communication and its breathtaking speed, how many people are willing to travel the long distance necessary to visit a friend? All we ever need is to just dial some digits or sign on to Skype and we are connected with the person immediately. Though we are immediately “connected” with people through technology, no moment in human history has been so disconnected.

I often remember what happened the last time I went home from school to see my mother. After the initial embrace and greeting, she still held me tight and was unwilling to let me go. Though we’d been in touch with each other via phone calls, it was that moment of embrace that helped me to understand how much I missed her. Such intimacy was not possible during our online communications.

Not only are we missing this kind of physical intimacy online – but the virtual world is causing us to miss out on new connections in the real world. Maybe your neighbour on the bus would like to chat with you about the book you’re reading, but he’s too busy chatting with a distant friend on his phone. We’re becoming more isolated and estranged due to our reliance on our technical devices.

This situation brings many dangers. Not only are we more likely to feel lonely, but we’re less likely to look at our fellow men and women with empathy and altruism. We’ve become hardened to violence because it’s easy to be exposed to it online. When was the last time you shed tears for the tragedy and misfortune that befell a friend – or has the world become destitute of tragedy? Of course not! Tragedy is still feeding fat on humanity. We’re just more removed from it due to our technology. Tragedy has lost its human element.

The thrust of this whole article is to call attention to what mankind is losing. I hope to possibly challenge one and all to reclaim our basic human elements. I want seeing your mother, father, brother, sister, wife, husband or friend to suddenly jump to the top of your to-do-list. And I don’t mean phoning or sending messages, but seeing them – so you can hug, kiss, or embrace them. You’ve to go the long distance; to come out of your utopian world of online connection; to see things as they are and not as they appear (apologies to Kant).

We’re human beings. We need to be able to look into the eyes of those we love. We need to feel the rhythm of their heart so we can savour its unexpressed music. We need to see the lines on their face and their smile when they see us again. Though we’ve filled our mind with information we’ve found online, we’ve forgotten about this information – the information we learn from another human body. Don’t wait until death begins to knock at their door. Just get up and be on your way. Don’t wait any longer to get back to this old way of life.

What clinicians need to know about Muslim patients with mental illness...