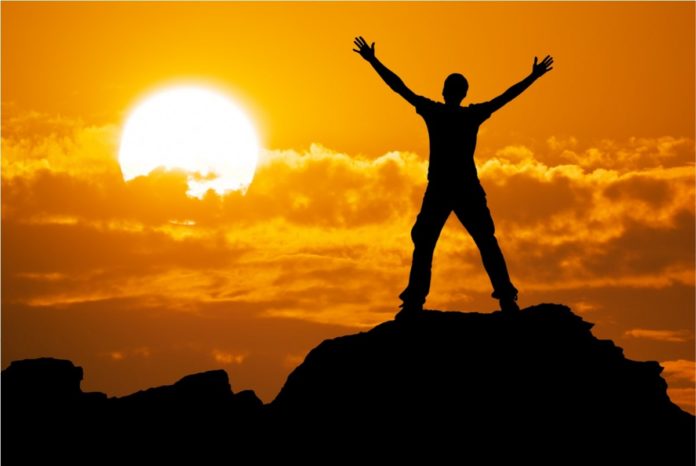 Psychologists have been using the concept of “self-actualization” to describe those who are immensely successful in realizing their potential (Maslow, 1943; Goldstein, 1934). The actualization of one’s potential strengths is regarded as a key issue for having a satisfying life. Even though the concept of self-actualization is rather new among psychologists, the idea of self-actualization is quite old. According to religious texts, the human being is the “vicegerent on earth,” representing God (Qur’an, 2:30; Bible, Gn 1:26-28). Therefore, fulfillment of that goal (or responsibility, from a religious point of view) requires individuals to realize their potential. This ultimate goal, realizing one’s potential, however, necessitates a balanced view of the self, which today is overshadowed by more common uses, such as self-esteem, self-concept, or self-confidence. In other words, a clear view of one’s “self” is a prerequisite for understanding “self-actualization.” This article offers an alternative to the mainstream views for understanding how the self can be understood.

“Who am I?” People from all backgrounds, experiences, and ages find different responses to this complicated question. Understanding one’s self is probably the greatest intellectual challenge for human beings. A simple answer to this question can be found via basic states of belonging: professional status, family membership, social status, and so on. However, such simple responses do not help us to resolve the underlying existential problems. The so-called question, in other words, seeks for an answer about the “self” itself, rather than for different social labels that are embedded in the self.

Early psychologists attempted to define the “self” in various ways. One basic definition relies on the physical body as the boundary between the self and others. This simplistic understanding of the self was extended by Gordon Allport (1961) to include psychological components, such as self-esteem. A further conceptualization of self regarded other people and prior experiences as parts of the self. William James, who had an important influence in the history of psychology, defined the self in three dimensions. Material or bodily self refers to one’s possessions, including everything one owns, the social self implies our social roles within the social environment, and the spiritual self includes thoughts and feelings about who we are (James, 1890).
Interestingly enough, psychologists after William James have tended to focus on the first and second components of the self. Today, psychology has developed branches, such as neuroscience, social psychology, and transpersonal psychology, which can be regarded as a continuation of the material, social, and spiritual self, respectively. More specifically, however, the third dimension, as transpersonal psychology and the psychology of religion, is not regarded as being part of mainstream psychology. Accordingly, the psychology of religion has been studied in university theology departments rather than psychology departments. This should not come as a surprise, because the search for an understanding of the “self” intensified among psychologists during the twentieth century, a time when religion was on the wane. The philosophical roots of this perspective can be seen even in the dualism postulated by Descartes as the body-mind distinction. Thus, we can view William James’ definition as a resistance against the understanding of that period.

Today’s popular conception of the self has evolved into another three-dimensional definition that is similar to that of William James: the individual self, which is defined as differentiation from others, the relational self, referring to assimilation with others, and the collective self, achieved by inclusion into larger social groups (Sedikides & Brewer, 2001). Although this perspective is functional in understanding the individual within the context, it reduces the existence of the “self” to a simple interaction between the individual and others (social environment); but this is a purely profane approach and excludes the spiritual self. Today, psychologists use instruments of self-concept or self-esteem; these have been standardized with national norms to compare respondents to others and judge them as having high or low self-esteem. The psychological norms are, therefore, defined based on societal norms, which are, by their very nature, arbitrary. I call this kind of conceptualization a “horizontal perspective,” as it lacks the complexity and richness of the inner world of human beings and reduces the self to the result of relationships with the other selves that surround it.
On the other hand, the conceptualization of the self with the inclusion of a spiritual component can bring about alternative perspectives. In this perspective, the “self” is basically defined in terms of a relationship between human beings and God. Moreover, the existence of the self can be explained directly with the existence of God. I call this a “vertical perspective.” Let’s delve into an example from religious thinkers who dealt with self from spiritual aspects. Said Nursi (1951/2007), an Islamic scholar, provides a striking point that exemplifies the relationship between the self and God:

An absolute and all-encompassing entity has no limits or terms and therefore cannot be shaped or formed, or determined in a way that will allow its essential nature to be comprehended. For example, light undetermined by darkness cannot be known or perceived. However, light can be determined if a real or hypothetical boundary line of darkness is drawn. In the same way, the Divine Attributes and Names (e.g., Knowledge, Power, Wisdom, and Compassion) cannot be determined, for they are all-encompassing and have no limits or like. Therefore, as their essence cannot be known or perceived, a hypothetical boundary is needed for them to become known. In order to make Himself known through His Attributes and Names, God Almighty has drawn a hypothetical line before His all-encompassing Attributes and Names. This line is the human [self]. By reflecting all of His Attributes and Names on it and thereby making it an essential dimension of human existence, the self has become a Divine trust, an arena in which the manifestations of Divine Attributes and Names are reflected in order to mirror the Divine Being. The self imagines within itself a fictitious lordship, power, and knowledge, which are reflections of their Divine counterparts, and thus posits a boundary line, hypothesizing a limit to the all-encompassing Divine Attributes, saying: “This is mine, and the rest is His.” The self thus makes a division. By means of the miniature measure it contains, the self slowly comes to understand the true nature of the Divine Attributes and Names. The self obtains a degree of understanding of God’s Absolute Knowledge through its partial knowledge and can intuit the Exalted Fashioner’s primary, originative art through its defective, acquired art. For example, the self says: “I have built and arranged this house, so there must be One Who made and arranged this universe.” (Nursi, 1951/2007, p. 552)

Unlike the definition of the self in psychology, the vertical perspective, which is defined as the self in relation to God and the rationale behind the existence of the self, is regarded in religion as facilitating one’s knowledge about the names of God. This perspective has some practical implications. For example, it challenges the overuse of psychological concepts, such as self-esteem and self-confidence, which have often been emphasized and are regarded as the key to success in life in many textbooks concerned with psychology and education. In today’s competitive world, superiority to others is appreciated. There is a mechanism of social comparison that forces us to rank ourselves in comparison to others who belong to the same society. It comes as no surprise that such a vicious cycle will create extremely individualist and ego-centric personalities. The self as represented in the concepts of self-esteem and self-concept becomes misleading, because this perception equates the self with egoism and self-centeredness. As a result, the gap between “the self” and “knowledge of self” is increasing (Wickland & Eckert, 1992). As scholars attempt to develop “knowledge of self” with the horizontal perspective, deviations from the real “self,” the essence of “self” that can be recognized through understanding God, can never be known.

This spiritual perspective offers us the opportunity to become acquainted with the self through trying to understand the reflections of God’s names (or attributes) in the Universe. This perspective is concisely represented with the statement “Whoever knows oneself, knows God,” an expression attributed to different persons in history (Al-Arabi, 1980). Above all, as the pseudo-selves that we assume are based on our subjective ranking in comparison to others, the example given above encourages human beings to find the essence of the self through attempting to understand God. Attaining the goal of self-actualization becomes possible because personal development is a perpetual endeavor and individuals do not restrict themselves to their rivals. There is always a further target to reach, since the individuals are guided by “the absolute and all-encompassing.”

Nevertheless, the prevalent concepts of the self do not cover the spiritual aspect of human beings. Individuals are forced to survive within a system that determines winners and losers, and this in turn can motivate people to attain their goals in different ways. While the so-called biased consideration of self-the horizontal comparison-is restrictive in nature, the vertical perspective, which does not include a comparison but rather a connection, provides an unending, unlimited, and satisfying journey throughout one’s lifetime.

The modern view of the self, which is devoid of any spiritual aspect, has incurred some negative results in the fields of religion and psychology. The field of psychology, except for Carl Jung, who appreciated the significance of the religious understanding of self, as well as a few psychologists who have recognized that the spiritual dimension makes people’s lives more meaningful, valuable and purposeful, has ignored a source of wisdom that has been generated over the centuries.

Conceptualization of the self merely within the individual and social aspects falls short of explaining and resolving many psychological phenomena, such as suicide, depression, eating, and anxiety disorders. Such problems can be regarded as a consequence of an over-investment in particular aspects of the self, and the neglect of deeper mechanisms, such as the conscience, benevolence, transcendence etc., which all together constitute the spiritual self. However, there are a number of psychologists who have acknowledged this problem. Here is an example: “The more we invest in the self, the more we have to lose… Indeed, the most successful and outwardly perfect self may produce the greatest inclination to escape [from the self], because higher standards create greater vulnerability and hence greater stress.” (Baumeister, 1991, p. 31). According to this argument, “outwardly perfect selves” who have enough self-esteem and social status without spiritual richness cannot avoid such problems as suicide, binge eating or masochism, which are several of the ways to escape the self. Hopefully, the following decades will reveal how the consideration of the spiritual self, as well as other conceptualizations, can improve our understanding of the self and simultaneously pave the way for understanding “self-actualization.”

The philosophy of hunger in Islamic thought