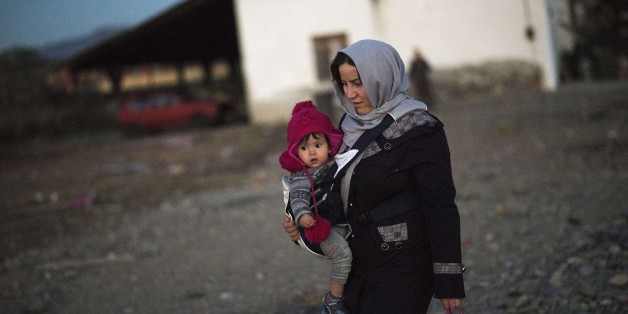 People disillusioned by false practices of faith, as well as the nonreligious, argue that religion brings only fear, misery, and bloodshed to humanity. This contradicts religion’s very definition according to its sources: A worldview and code of conduct that lead people to true happiness in this world and the next through their own will.

As religion cannot be the source of happiness and misery at the same time, we examine these two perspectives. Among the examples typically cited to support the misery argument are Islam’s expansion (seventh to sixteenth centuries), the Crusades, and Europe’s ‘religious’ wars. While seemingly plausible at first glance, further analysis reveals that this argument overlooks key historical information and misrepresents others. In the following article, we examine this argument from a theological and historical perspective.

First we look at the religious sources: the holy Scriptures. The Qur’an condones war only in self-defense and preventing injustice and aggression, and equates killing one person unjustly with killing humanity (5:32). Examining early Islam’s so-called ‘religious wars’ reveals that each one was fought in self-defense or to prevent injustice. The total number of people killed in any battle of Prophet Muhammad never exceeded several hundred.(1)

The phrase holy war, the common translation for jihad, is a misnomer. Jihad essentially means struggling in God’s cause, of which war is only one form and allowed only under clearly defined circumstances. The New Testament tells victims to embrace aggressors with love or restore justice in the most appropriate manner (Matthew 5; Luke 17:1-5), while the Old Testament says: ‘Thou shalt not kill’ (Exodus 20:13, Deuteronomy 5:17) and ‘He that kills any man shall surely be put to death (Leviticus 21:17).

Any aggression not conducted for self-defense or preventing injustice is not based on true religion. A good treatment of this in the context of Islam can be found in Prophet Muhammad as Commander.(2)

While the motives of certain wars and other acts of aggression can be debated, certain self-proclaimed atheist, fascist, or otherwise nonreligious regimes, such as pre-World War II Germany and the Soviet Union, committed unprecedented crimes against their neighbors and citizens. According to Laqueur: ‘One of the cardinal features of the totalitarian dictatorships of the twentieth century was internal terror, the huge number of ‘enemies”and potential enemies’interned and executed. A striking example of this phenomenon is the era of Lenin and Stalin in Soviet Union. The atrocities committed during the time of Stalin are well documented.'(5)

These are conservative estimates, given their source. Some researchers put the total number of deaths under the Soviets at between 10 and 20 million. According to Alec Nove, there were some 11 million ‘excess’ deaths between 1927 and 1937. Steven Wheatcroft, another Soviet-era researcher, says between 4 and 5 million people died.(6)

While Stalin remains notorious for internal terror, Lenin has been viewed differently’as a visionary whose ideals were betrayed by his followers. Is this correct? Recently declassified Soviet documents tell a different story. The following is a letter from Lenin to his comrades in which, appallingly, he mentions a specific number of people to be hanged: ‘Comrades! The uprising of the five kulak districts should be mercilessly suppressed… Hang (hang without fail, so the people see) no fewer than one hundred known kulaks.'(7)

In 1922, Moscow sought to confiscate all valuables of the Russian Orthodox Church and its monasteries to secure badly needed assets and to break the Church’s power over the peasants. Lenin hoped that the terrible famine sweeping Soviet Russia and Ukraine in 1921-22 would turn the peasantry against the Church. In the industrial city of Shuia, soldiers fired and killed several civilians (devout Christians) trying to protect their church. This event prompted the Politburo to delay further confiscation. When Lenin learned of this, he urged Politburo members to continue the campaign ‘mercilessly,’ as the time was ripe for such an action:

It is precisely now and only now, when in the starving regions people are eating human flesh, and hundreds if not thousands of corpses are littering the roads, that we can (and therefore must) carry out the confiscation of church valuables with the most savage and merciless energy… to secure for ourselves a fund of several hundred million gold rubles.

One wise writer on matters of statecraft (8) rightly said that if it is necessary to resort to certain brutalities for the sake of realizing a certain political goal, they must be carried out in the most energetic fashion and in the briefest possible time because the masses will not tolerate prolonged application brutality…. the struggle against us will be made more difficult if right at this moment, precisely in connection with the famine, we suppress the reactionary clergy with maximal speed and ruthlessness.

Therefore I come to the categorical conclusion that precisely at this moment we must give battle to the Black Hundred clergy in the most decisive and merciless manner and crush its resistance with such brutality that it will not forget it for decades to come.(9)

In another letter, Lenin openly instructs his comrades to terrorize the state’s enemies:

I propose to form a commission immediately (initially this can be done secretly) to work out emergency measures (in the spirit of Larin: Larin is right). Let us say you+Larin+Vladimirsky (or Dzerzhinsky)+Rykov? Or Miliutin.

It is necessary secretly’and urgently’to prepare the terror. And on Tuesday we will decide whether it will be through SNK (the Council of People Commissars) or otherwise.(10)

These letters demonstrate that Stalin’s internal ‘cleansing’ campaigns of the 1930s and 1940s only continued Lenin’s policy and practice, and were not, as some claim, a betrayal of his high ideals.

While love and respect for fellow human beings is an essential principal of all major religions, in practice this has not always been the case. Aggression in the name of religion has long been exploited to show that religion brings tyranny and misery. Certain individuals, organizations, states, and regimes have used religion to justify the suffering they have caused, but this does not prove that religion by itself is to blame. As a matter of fact, nationalism, ideological extremism, or simple greed for power and material gain have caused incomparably larger suffering, as shown by documented statistics of wars and internal terror.

We looked briefly at the former Soviet Union, an atheist regime that committed some of the worst crimes against its own people in the name of communist ideology.

The twentieth century saw unprecedented advances in science and technology and, unfortunately, unprecedented human misery and suffering. Most crimes against humanity, as documented by statistics and recently revealed secret archives, were committed by totalitarian regimes during the twentieth century. Thus it is to claim that religion is responsible for most of history’s bloodshed and death. This responsibility lies with modern racist, atheist, or simply greedy regimes and not with religion, which was revealed to guide people to true happiness in this world and in the next through their own will.

How Much Inter-religious Conflict is There in Canada