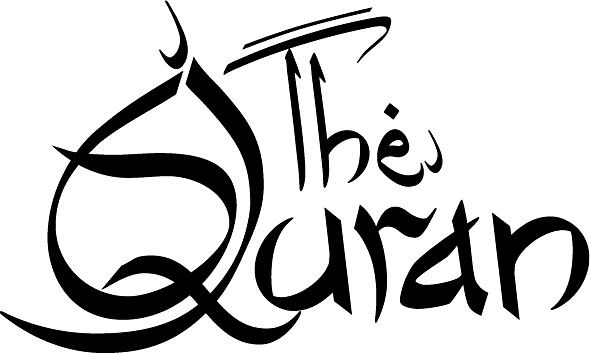 We are at the table together for dinner, having a good time. My husband is eating a beef dish and liking it very much. My younger daughter, who hates beef, is enjoying her noodles. My older daughter is a vegetarian. She is having a salad, picking only the purple cabbages and the turnips from it. I have yet to see the day they understood that the rest of the meal is also good and nutritious for them.

I think about my own mom, and her mother, my grandmother. I remember the day I told my grandmother that I was applying for a Master’s degree. She looked at me as if I had lost my mind. I love her dearly but we sometimes just agree to disagree. The same is true with my mother, who always criticized my taste in jeans and junk food. Now that I come to think about it, we – my daughters, myself, my mom, and my grandmother – all have our unique preferences.

When it comes to spiritual matters, however, regardless of differences in our worldly pursuits, all of us, three generations, all read the Qur’an, which was revealed to the Prophet Muhammad, peace and blessings be upon him. We all receive our own share of wisdom and spiritual nutrition. This aspect of the Qur’an is striking. It’s like a table where everybody can enjoy feeding their heart and souls.

For more than 1,400 years, for Muslims all around the world, the Qur’an has been a book for supplication and remembering God, a shelter from misfortune, a source of information and wisdom, and a reference for law-making. Since the Qur’an is a manifestation of God’s infinite knowledge, it is a miraculous book that never gets outdated, but gets ever younger by having something to offer everyone willing to listen and be its student.

Imagine a person in the library reading about the Pacific Ocean. He has finished reading all the books about the ocean.. He has so much knowledge about the ocean, and yet, he has never seen one. Now imagine these other people: the first one does not have much information about the sea, but he is standing on the beach. He knows how the sand feels, he can hear the sound of the waves, he sees the blue sky over the ocean, he enjoys the sunset on the horizon. The second one comes a little closer. His feet get wet; he can feel how cold the water is. Another one is swimming in the ocean. He can taste it, the water is salty, and he can feel the thrust of the powerful waves. Some jump into it and swim forward and fast without really knowing how deep it could get, and maybe drown.

There are also the explorers. They travel long distances, see different countries, visit distant shores, swim and dive expertly, and even find treasures hidden underneath.

The Qur’an is like a big ocean, living, breathing, growing, and supporting life. It is full of treasures and beauty, over and under. Just like each person in the above analogy enjoys and benefits from the ocean differently, the Qur’an has been enjoyed and benefitted in different methods and forms, at different levels, for hundreds of years. Some learn a lot from it, but unfortunately cannot feel its true nature and depth, like the first person in the metaphor who reads about the ocean in the library. Others illuminate both their minds and their hearts as much as they can. Individuals explore different shores of the Qur’an, doing, learning, and feeling – seeing more than others. On the other hand, there are people who also read the same Qur’an but get it wrong, or maybe partially read out of context and lose their way, much like the person who gets drowned in deep waters.

One explorer of the Qur’an, Said Nursi, in his book The Words, gives an analogy about divers plunging to depths searching for the jewels of a treasure. Their eyes are closed; they understand what is they are looking for through the use of their hands. A longish diamond comes into the hand of one of them. The diver assumes that the whole treasure consists of a long diamond like a pillar. Into the hand of another passes a round ruby, while another finds a square piece of amber, and so on. If you asked each diver to describe the treasure, they would tell you what they have in their hands, which is true, only it is their own grasp, but there is more to it than that. People studying the Qur’an all have different lenses, which are shaped and colored according to their abilities, backgrounds, past knowledge, and prejudices. If you ask two people about the treasures of the Qur’an, they might give you different interpretations of the same verse. All the interpretations might be true, and there could even be more interpretations, because the Qur’an has all the wisdom and knowledge of the past and all that we will have in the future. This is also confirmed by the Qur’an itself: “With Him are the keys to the Unseen; none knows them but He. And He knows whatever is on land and in the sea; and not a leaf falls but He knows it; and neither is there a grain in the dark layers of earth, nor anything green or dry, but is (recorded) in a Manifest Book” (6:59).

By virtue of this comprehensiveness, the Manifest Book’s verses are like monumental trees. The main stem of the tree has large branches, and then there are smaller branches, leaves, flowers, fruits, and seeds. The knowledge in the Qur’an is at all of those levels. The 15th Century Ottoman Sultan Yildirim Bayezid‘s time serves as an exemplar for this phenomenon:

After the construction of Ulu Cami (The Great Mosque) was completed in Bursa, Turkey, the Sultan gave the duty of the Friday sermon to Somuncu Baba (the Baker father), by the advice of Amir Sultan, his son-in-law, a saint of his time. Everybody was surprised by this decision of giving the duty of first Friday sermon in the Great mosque to the person who supplied bread to the workers during the building of the mosque. When the day came, Somuncu Baba gave a commentary of the first Chapter, “The Opening,” (Surah Al-Fatiha) from seven different levels, using over 20 different sciences. People were astonished by his knowledge and wisdom. At the end of the sermon, Molla Fenari, another great scholar of the time, stood up in the congregation and said, “Somuncu Baba tackled our problems in the commentaries of Fatiha. The first explanation of Fatiha was known and understood by all the people in the mosque. The second commentary was understood by some, the third was understood by only the academics. The fourth and thereafter, we have never heard before. He explained, but none of us could comprehend them fully.”

Different understandings and interpretations of the Qur’an do not only arise from differences in people’s viewpoints and intellects, but also depend on the conditions of time and place. For instance, those verses that are about science and technology will be understood better with the progress made in that area. The mature and perfect understanding of the verses comes from people helping each other; it is like lifting a heavy stone together. The more hands that go under the stone, the easier it gets to move it.

Every so often many scientists, from different disciplines, come together to explain a single paradox. The acquired knowledge of a certain era shapes and strongly influences whether an individual will master the verses’ deeper meanings. A person reading this verse, “He, Who has made for you fire from the green tree, and see, you kindle fire with it…” (36:80) during the Prophet’s time could have learnt he could kindle fire from the Markh and Afar trees, which grow in the Arabian Desert. He would certainly be thankful to God for that! If he were a man in denial of the hereafter, or a man with rotten bones, he could have reflected on the fact that the One Who extracts something as luminous as fire from the dense, dark matter of a tree could easily give life and consciousness to bones which are like wood. If this very same man were not a nomad at the time of the Prophet, but a professor in the 19th century, the Markh tree might not have occurred to him. On the other hand he might have reflected more on petroleum, which is formed from rotten plants, and that Saudi Arabia, which was once lush and green, is now a country rich in petroleum. And if he were a middle school student right now, he could contemplate this verse during Science class, when learning about photosynthesis – how oxygen is produced during this process, and how you cannot burn anything in the absence of this gas that comes from trees.

All this said, the understanding of some verses about spiritual matters, like the pillars of Islam, the daily prayers, or other types of worship, do not usually change from person to person, time to time, or place to place. Unlike the improvement of existing technology, whatever has been revealed by the Qur’an has been understood and practiced first by the Prophet, and in the best possible way.

The Quran is a generous source of knowledge. Anybody knocking on its door – from innocent children, to important academics, from the contemporaries of the Prophet to the ones yet to come – will have their own share of the wisdom it carries.

Prof. Dr. Suat Yıldırım: “Corona and a Call of Revival: An Interfaith Perspective”

Hajra Ijaz: Why my school, Saalihat Academy, is special

Career and Kids: Can I Have Both?

People could all do with a dose of Ramadan