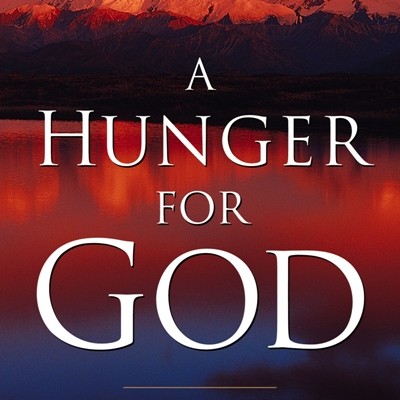 Before the holy month of Ramadhan arrives, several tips about diet are shared in order to keep the Muslims going whilst they are fasting between sunrise and sunset. Eat slow releasing carbohydrates to give you energy throughout the day, add fibre to your diet in order to keep yourself feeling full etc etc. However, have we ever stopped to think – maybe – you are meant to feel hungry whilst fasting? Perhaps the purpose of fasting is to feel the pangs of hunger rather than feel satiated the whole day? This is not a criticism of people who give such advice or follow it; whilst balancing our busy lives with the additional pressures of fasting, following practical advice is nothing but beneficial. However, when exploring the concept of hunger in Islam, it is clear to see that it is a key tool for the human soul in directing a heart toward the awareness of God.

When Prophet Muhammad (peace be upon him and his family) goes on the heavenly ascension, an intimate conversation takes place between God and him:

God says: “Oh Ahmed, do you know when My servant is closest to Me?”
The Prophet replies: “No I do not, my Lord.”
God says: “When he is hungry or in prostration.”
The Prophet then asks: “Oh God, what is the outcome of hunger?”
God replies: “Wisdom, protection of the heart, drawing closer to Me, lasting sorrow, less burden on the people, telling the truth and lack of concern whether one lives in health or poverty.”
(Reference: Bihar al Anwar)

“I warn you in relation to eating too much because surely this act poisons the heart by making it hard, and makes your body parts lazy and lethargic in relation to obedience of Allah, and it deafens the ears from hearing advice and good counsel.” (Reference: Bihar al Anwar)

Just as the heart becomes careless through a full stomach, it wakes up through hunger. Just as being satiated makes the body heavy and the soul dull, hunger gives light to the soul. Jesus Christ also emphasises this:

“O Children of Israil! Only eat when you are hungry! When you are hungry, eat, but do not eat to the point that you are satiated. Indeed, when you become satiated, your necks grow thick, your sides fatten, and you forget your Lord.” (Reference: Bihar al Anwar)

This is why God, emphasising the point Jesus makes, then tells the Prophet that hunger allows one to feel closer to God. Whilst fasting, one automatically feels closer to God; not because God has moved closer to you and appeared out of nowhere, He has always been there. It is the hunger that makes you feel religious, simple as that. Compare praying whilst hungry versus praying on a full stomach. In the latter, one feels lethargic whereas in the former, the pangs of hunger make you realise how weak and needy you are in front of your Lord. Empty from food and drink, one constantly puts one’s desires aside, favouring God’s pleasure instead. Being hungry gives a person insight into what it means to be human. We are not merely things that just eat and drink but we are able to refrain from that which the ‘self’ deems necessary and basic. This is why Imam Ali says:

“How good a helper hunger is at taming the self and breaking the habit?” (Reference: Ghurar al Hikam)

Hunger teaches you to control the ‘self’ which gives you spiritual discipline. When your ‘self’ suffers from the weakness of hunger, the possibility of gaining mastery over it increases. When full, however, it becomes more powerful and less able to be tamed. Hence this is why, after the first week of fasting, you begin to realise fasting isn’t actually that bad.

God then tells His messenger that hunger gives a believer lasting sorrow. However, this does not mean one has a miserable face due to their hunger. This can be explained by another narration by Imam Ali where he says:

“The believer is such that his joy is evident on his face whereas his sorrow is in his heart” (Bihar al Anwar).

Hence, the believer’s face is always smiling and happy but the sorrow is in the heart. Their sorrow comes from being uncertain as to whether they have attained God’s pleasure.

The benefits of hunger can also be seen in the Quran. In Chapter 18 (The Cave) of the Quran, we are told the famous story of Moses being told to meet one of God’s chosen servants in order to learn about secret inner knowledge. On this journey, Moses is on his way to meet this chosen servant with a companion. As they are walking, the fish they had taken for a meal slips away into the sea (18:61). As they walk further, Moses feels tired and hungry and asks his companion for his meal (18:62) but his companion tells him what happened to the fish (18:63) but forgot to inform Moses at the time. Moses now discovers he has reached the place God wanted him to be. Moses being hungry here is very important. If his companion remembered to informed Moses about the fish when it happened, they would have met God’s chosen servant with a full stomach. Moses is ready to learn the inner realities from this chosen servant because he is hungry since having a full stomach stops you gaining God knowledge, according to the aforementioned narrations. Towards the end of the narrative, they enter a town and we see Moses is still hungry as he asks for food from the townsfolk (18:77). Being hungry remains a secret in gaining knowledge since one needs to de-emphasise the needs of the body which distract you from the needs of the soul.

Now imagine prostrating to God in the state of hunger. It is at this moment the veils between Creator and creation are at its thinnest. Hunger may sap you of your physical energy but it does nothing but boost your spiritual energy. Moses was physically tired and hungry but his spiritual energy was at a maximum when absorbing the secrets of God’s knowledge through His chosen servant. Imam Ali did not have the physical strength to break bread but had the spiritual energy to defend his religion whenever called upon. That is why he refused to eat much before his final prayer since he said he did not want to meet His Lord with a full stomach. Those in Karbala were starved for three days but their spiritual energy allowed them to become the immortal figures they are today. Hence, next time we face hunger whilst fasting, it may be time to embrace it rather than finding ways to curb it since it is a means of journeying towards God.

YOU HAVE BREAST CANCER

Water Management and the Qur’an