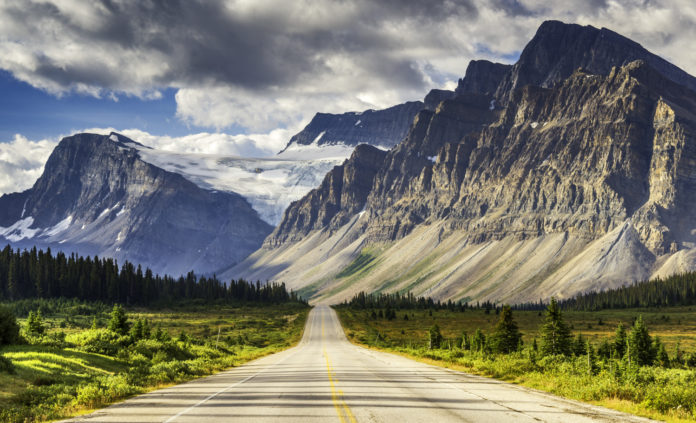 To me, Canada is a land of great opportunities, and a country I am proud to call home. Canada is a place full of riches: from its many ethnic origin groups, to its abundance in natural recourses that we might not often think about, and take for granted. Some people may disagree, but I think even our government system, which I must admit is far from perfect, but when compared to other countries, it is much better at keeping its people happy and providing its people with education.
As I mentioned before about us Canadians, we are not all the same. Looking around, I can see people from all walks of life living, for the most part, peacefully with each other. Yes, we do hear of hate crime, and racism every now and then, and you might have even been subject to such hate. However, I am sure you will all agree that, for the most part, people in Canada are not like that. After all, we Canadians are well known for our politeness. So, I ask you all this, why are we so nice?
At face value, this question seems absurd. As if going against being polite, goes against our very nature, but think back to when the first Europeans sailed to this new land and met with the Indigenous people living here. Did they respect their rights? Did they treat them fairly, like one of their own? The simple answer is they did not. They saw the Indigenous people as primitive and tried to ‘modernize’ them to fit them into their society.
It was only through many years of hard work and getting to know one another that the Europeans started accepting the rights of the Indigenous people. Even still today they are not treated with full respect, but my point here is to tell everyone that only through interacting with other people and learning about their cultures we can truly be kind to one another. Part of the reason why Canadians are so nice is because they have had experience with many cultures, cultures that they do not try and change, but embrace thanks to Canada’s cultural mosaic outlook towards society.
Compare that to the United States melting pot idea in which they try and blend everyone’s culture instead of everyone having the chance to explicitly show their culture. According to stats, Canada has had 53% fewer incidents of hate crimes than the United States in 2014, and we should continue this trend to ensure Canada becomes an even greater nation (Crime: Canada…NationMaster, 2014).
Canada is not just big on multiculturalism, its land size is massive, with it being the second biggest country in the world. With so much land, it is no surprise that Canada has so many natural resources that make our country great. One of the most important natural resources, and one that we probably do not think about at all, is the amount of fresh water Canada has.
Canada has 20% of the world’s total fresh water (Frequently Asked Questions, 2012). We are fortunate for this, as many people in third world countries do not have water to drink in their own land, and if there is any, most of the time it is polluted or undrinkable. The water we have here is in virtually unlimited supply, and we can have it whenever we want with the turn of a tap, not having to worry about any diseases or viruses contaminating our water supplies in major populated areas.
This leads to my next point: health care. In Canada, we the residents have accessibility to a tax-funded health care system. What is the tax-funded health care system? It is a system in which an individual is provided with health coverage by its province or territory with the funding provided by the federal legislation of Canada.
As a resident, I can have free check-ups for symptoms and diseases, to having a physical or a blood test. With the discovery of new diseases, free flu shots are provided to help prevent it from spreading across the country. Keeping the environment clean is very important because it is the cause for the development of many of the commonly known disease such as lung diseases and cancer, just to name a few. Over time, diseases can develop due to environmental changes that have occurred and will continue to occur. But it is important to have a health care system that works for its people and a system in which one can trust.
When I think about Canada, a few words come to mind, one of the most prominent ones being a land of freedom: freedom to express yourself, freedom to choose your own path, and freedom to equality. All this is achieved through Canada’s hard work in uniting people of different origins, helping keep Canadians safe by providing the essential health care, and the Canadian land being able to provide fresh water to its inhabitants. These are some of the few key defining features of Canada that allow me to be able to say, I am proud to be a Canadian. This is how Canada appeals to me, how does it appeal to you?

Hajra Ijaz: Why my school, Saalihat Academy, is special