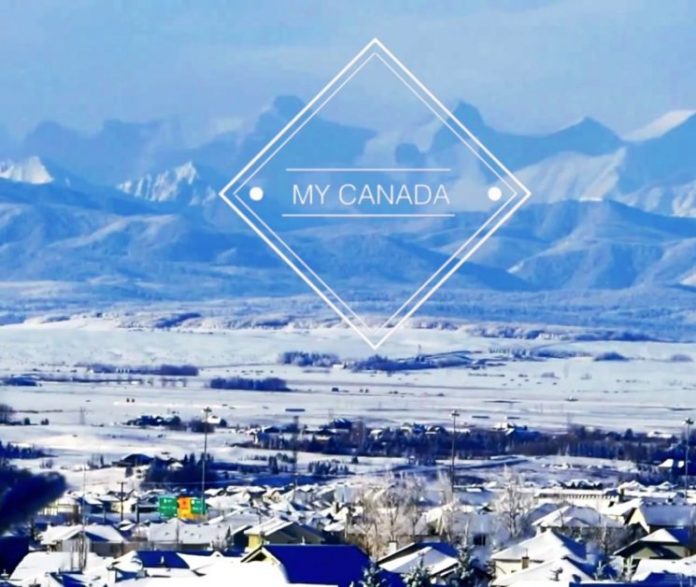 Canada is such a diverse, unique and beautiful country All ten provinces, and three territories are different in their own special way and have something that no other place has. Also, Canada is a democracy and every adult is al-lowed to vote. Canadians still have a Queen and are proud to be connected to other parts of the world through government. Moreover, Canada’s immigration system in the past and present have brought people into this country feeling welcome and ready to begin their lives as Canadian citizens. Lastly, this country is always taking in people and helping them to have better lives here. Sea to sea to sea, it is a blessing to live in my Canada.
Canada is such a beautiful country and has so many unique parts of it. As a young person who has traveled to all ten provinces, it is safe to say that there is no place like it. Every province that you go to has something different about it, but you can always tell that you are in Canada. British Columbia has gigantic trees that take 7 people stretching out their arms, to wrap around it. Newfoundland has monstrous, Titanic-crushing icebergs that pass through on the Atlantic Ocean. Ontario is connected to all five of the Great Lakes, that supplies seventy percent of the world’s fresh-water. Last but certainly not least, Quebec has a special French influence that makes this country bilingual. The point is, these places may look and sound different, but each of them influences the wonderful culture that lives in every province, city, and town, in Canada.
Part of what defines this nation is the long standing democracy. Our nation even began in a peaceful way by being granted our sovereignty from Britain without violence. Although in the beginning, Aboriginals were not treated fairly, to this day, Canada is trying to reconcile their wrongs that were done. Canada is in the works of passing rights for Aboriginals to make sure that they are treated the same as everyone else in Canada. No country is without conflict, but Canada’s leadership is constantly trying to mend relationships with different ethnicities so that we can be a peaceful place to live. The government is voted by all adults in the country who wish to vote. Next, as soon as the current prime minister, Justin Trudeau was elected, he passed laws to allow Syrian refugees to enter the country quicker, so that they could start living their lives peacefully, instead of in danger. Also, over a century ago, we gained our independence from Britain, and we are still connected through the monarchy. Our representative of the monarchy, Governor General David Johnston, has the authority for every act of government. Therefore, Canada is truly a peaceful place to live in comparison to other places around the world.
This country is a very diverse place that allows every culture to enter. Many European families immigrated here on ships that docked in Halifax, Nova Scotia. This place is called Pier 21. These voyages were very rough and tiring, but the foreigners made their way here to start living their lives with a better quality of life. After Pier 21 opened in 1928, it was extremely successful and Canada took in almost one million immigrants until it closed in 1971. Canada is one of the only countries in the world that provides the same rights for immigrants as it does for citizens. This is, in my opinion, the best country to immigrate to for the following reasons. The Canadian Charter of Rights and Freedoms allows Canadians to live their lives the way that they want to, not how people tell them to. Any religion is accepted and embraced by law. This is part of the reason that Canada is such a diverse country. Anyone can believe in whatever they want to and will not get punished for it unless it harms other people. In Canada, the free healthcare and free primary and secondary education helps people starting out here to put their children in school and not have to worry about pay-ing medical bills or tuition fees. Also, families that are not wealthy would have trouble paying for other important things if they had to pay for every doctor’s appointment or every year that their children go to school. Overall, Canada’s immigration system is a huge part of what makes our country so diverse and welcoming.
Canada is truly one of a kind. There is no other place in the world that is like it. Every province and territory has a special culture to it, although, they are still so similar. Each citizen has a say in the leadership of the country, as they all can vote for whomever they feel can be a phenomenal leader. Also, people come to Canada from all over the world to live safely and freely, as citizens have the right to do so. From the coast in British Columbia, to the coast in Newfoundland, to the coast in the Arctic, I am extremely proud to call my Canada, my home.

The Centrality of the Prophet Muhammad (saw) to Islamic Spirituality