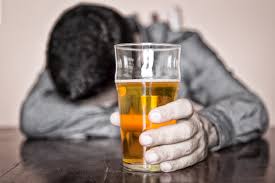 Every thirty minutes, a person dies in an alcohol related car accident. Alcohol is the most common addictive substance used in the US, according to the National Council on Alcoholism and Drug Dependence (1). Alcoholism continues to create great burdens in societies throughout the world due to its cost or the consequences brought to families suffering from its abuse. It has a toll on people of every race, gender, age, and ethnicity. Social and moderate drinkers justify their habit by stating that a few drinks would even be good for health, yet they do not realize that their habit could lead to a destructive future addiction. In a world where alcohol is viewed as a necessity for social gatherings and environments, it is easy to overlook the risks associated with its consumption.

Research studies have shown that alcohol drinking significantly increases the risk of developing cancers throughout the body. With at least fifteen carcinogenic compounds such as ethanol, acetaldehyde, arsenic, benzene, formaldehyde, aflatoxins, (2), alcohol can have a direct carcinogenic effect on gastrointestinal cancers through indirect effects by over-expression of oncogenes in cells that trigger cancer development. In addition to a carcinogen effect, it also has a co-carcinogen effect by boosting carcinogenic properties of chemicals (3).

Upon consumption, ethanol is oxidized by bodily enzymes to form acetaldehyde, a very toxic product, during alcohol metabolism (2). High level concentrations of acetaldehyde trigger mucosal hyperproliferation when in contact with the mucosal layer of the digestive tract (4). Alcohol also causes common diseases referred directly by its name such as; alcoholic cirrhosis (alcohol is the most common causative factor of cirrhosis), alcoholic liver disease, alcoholic steatohepatitis, alcoholic cardiomyopathy, alcohol induced chronic pancreatitis, alcoholic hypoglycemia, alcoholic neuropathy, alcoholic anemia, alcoholic dementia, alcohol induced depression and seizures, etc. A beneficial effect of alcohol is that it is one of the agents which can increase the level of good cholesterol called high density lipoprotein (HDL). On the other hand it also deteriorates hypertension and leads to alcoholic cardiomyopathy with its toxicity. The question then is, “Is it safe for a person to use a toxin due to its only one beneficial effect although it is the most common factor of many diseases that are referred directly by its name?” Considering even beyond the organic effects, alcohol can also harm our relationships and cause legal problems such as driving while drunk or intoxicated.

Recently, Bagnardi et al. (5) reported a meta-analysis about alcohol drinking and cancer in a medical journal, the Annals of Oncology, showing that alcohol consumption even in small amounts increases the risk of oral cavity, pharynx, esophagus, larynx, liver, breast, and colo-rectum cancers. Most of the data derives from studies of moderate to high alcohol intake. For the first time, the researchers evaluated the association between light alcohol drinking (even 1 drink daily) and cancers by evaluating 13,814 non-unique papers identified through literature search. 222 unique papers were included in the meta-analysis, comprising ~92,000 light drinkers and 60,000 non-drinkers with cancer. Most notably, even light drinking was associated with the risk of oropharyngeal cancer, esophageal squamous cell cancer, and female breast cancer (5). These findings show that even though some findings have suggested health benefits for light alcohol consumption, risk of cancer increases with any sort of alcohol consumption.

Previously, there was some support that light consumption of alcohol – one glass for women and two glasses for men – might improve cholesterol levels, lower the risk of forming blood clots, decrease inflammation, and increase antioxidant activity. However, this mere suggestion has quickly been generalized to the overall public. Potential benefits of light drinking depends on the patients’ age, general health, lifestyle, nutrition, history of alcoholism, and many other factors. According to research evidence, any amount of alcohol consumption poses and increases the risk of alcohol linked cancer (6). Because alcohol consumption is a modifiable risk factor for cancer and many diseases, the more a person consumes alcohol products, the greater the risks are (7). These risks are also lowered by reduction in alcohol consumption; thus there is no truly “safe” level of alcohol intake (6).

Alcohol reduces the blood levels of vitamins A and E, zinc, iron and some B vitamins, including folate and thiamin, leading to vitamin deficiency, nutritional disorders, and toxicities, all of which can trigger cancer development. Alcohol suppresses the immune system and makes alcoholics more susceptible to developing cancer (8). Considering these data, drinking alcohol for older people has no potential benefits. The risk-to-benefit ratio is a little higher in younger individuals, as they have higher rates of binge drinking and acute intoxication.

The sensitive question to consider is: should individuals consciously poison themselves if they think that a toxin might have a potential beneficial effect? Can a clinician recommend a toxic drug use for its effect on nausea? For alcohol, the evidence of harmful effects is stronger than evidence of the beneficial effects (6). There are many other proven safer ways of maintaining our heart health on track, without any risk of alcohol-related hypertension, stroke, coronary artery disease, diabetes, congestive heart failure, cancer, dementia, violence, or accidents.

Even light drinking practice may turn many vulnerable people into alcoholics. Alcoholism is a prodigious defect behind many physiological and psychological problems, not only in individuals but also within many families and societies. It can also result in drunk driving accidents, which claim thousands of lives in the US every year. One simply cannot become an alcoholic if they do not drink. It would be beneficial to have people re-think their stance about this real toxin to fight against alcohol abuse and dependence.

Tahan is a student at the College of Sciences, University of Iowa.

To Fast or not to Fast- The Muslim Mental Health Dilemma

A True Understanding of Self for Self-Actualization