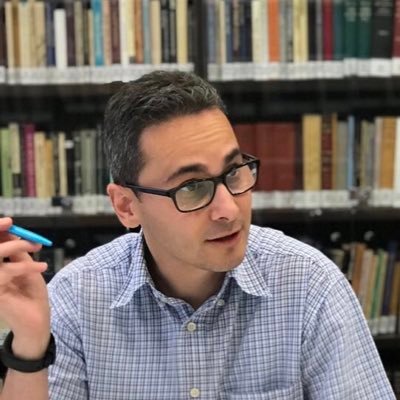 “Why do you Turks always murder your wives?” asked my German friend. He’d just learned that a Turkish man crazed with jealousy had just killed his wife over a petty incident.

This same friend later approached me to assure that I’d be supporting the German national team at the upcoming World Cup since, according to him, I was an “educated German”.

I was perceived by my German friend as either a Turk or a German depending on how the circumstance suited his interest.

These conversations happened over a decade ago in Germany before my wife Miya and I moved to Colorado with our five-months old daughter, Leyla.

My parents always taught me as a child that I was Turkish, full stop.  No other identities were needed, and certainly not a hyphenated one.

The complexity and absurdity of this assertion was exposed every time we visited our extended family in Turkey. They welcomed us as their barely Turkish, German relatives who struggled to speak proper Turkish. Our German accents were, of course, the topic of much mockery and many jokes.

Then there are my ultra-secular Turkish friends who emphasized the superiority of being a Turk over their religious identity. My religious friends, on the other hand, would always say that they’re Muslims first and Turks second.

These strangely related conversations always stuck with me and forced me to ask questions about myself. What nation do I belong to? How am I perceived? Do I have to pick a national identity? Is one superior than the other? Is there an order? I always tried to suppress my thoughts and feelings about all this.  Should I be sticking to one identity or multiple ones?

These questions buzzed in my mind all the time—that is, until recently.

My now 12-year-old daughter Leyla asked me the other day, “Baba what am I? Turkish, German or American?”

As one might imagine, a father like me is a lot more used to his daughter asking about math or science homework. I enjoy answering all that stuff because there’s almost always a straight solution.  If it isn’t obvious at first, I can always just Google it.

But this time, I paused. I didn’t have an answer for Leyla. Instead, her question stimulated the same contradictory feelings that have been with me for so long.

My wife Miya and I are the children of so called “Turkish guest workers” in Germany. Our grandparents and parents were all invited by the German government in the 1970s to help close the labor gap in that country. They were called guest workers as the German government was expecting them to behave as guests. In other words, they expected them to leave eventually. Except most Turks never did. They became permanent residents or citizens instead.

Despite this, Turko-Germans are still referred to as guest workers (or as the children of guest workers) today. Leyla was born in Germany and moved with us as a baby to the US. If she grew up in Germany, she’d be known as the-grand-daughter-of-Turkish-guest workers or something along those lines.

Within this complexity of being perceived as or being expected to be belonging to a certain nation…what do I identify with?

There are elements in Turkish culture that I love and completely identify with. For example, I adore Turkish food, music and our general sense of hospitality. Turkish food like kebabs and baklava are, in my humble opinion, the most delicious in the whole entire world. When I hear the makams of Turkish music, my heart warms with excitement, as if I’d stumbled upon a treasured memory lost during my childhood. And moreover, Turkish Muslims generally hold that guests, no matter how pedantic, are to be perceived and treated as gifts from God.

On the other hand, I also identify with I think are essential “German values”. Having done all my schooling in Germany and spent most of my adult life there, I’ve come to appreciate the utter importance of the rule of law, along with Germans’ almost trademark frankness and sense of objectivity. The culture of questioning is so deeply anchored in German society and sensibilities that people there always seem to try to understand the various implications of a decision without shying away from honest and respectful disagreement.

Finally, American culture and society has, of course, also shaped my identity. America’s open-mindedness and live-and-let-live social attitude have always made me feel at home. I’ve never seen or experienced such passionate reactions by people who perceive injustice anywhere, at home or abroad. The commitment to social justice and democracy inspires me and provides a lot of meaning to my life.

And yet…and yet…not everything about my relationship with any of these civilizational identities is all sunshine and rainbows. There are events and attitudes in the histories of even of these nations that I condemn—points of historical shame with which I certainly can’t identify. I vehemently condemn the crimes committed by Turks against the Armenians, Kurds, Greeks, Alevis, Jews and other minorities throughout history. The Holocaust committed by Germans Nazis remains for me singular moment of human evil. The crimes committed against Native Americans and Black Americans by the US state (and its supporters) are of course abhorrent to me.

Which brings me to the present moment: I’m frightened and rather ashamed to see the recent rise in nativist and nationalist mindsets across the world, including in Turkey, Germany, and the United States. The current Turkish government under President Erdogan is oppressive, jailing and torturing any dissident voices while using Turkish nativism to distract from or even justify the state’s crimes. The Alternative für Deutschland (AfD), a neo-Nazi party in Germany, is increasing in influence; a recent poll shows that 18% of Germans would make the AfD Germany’s second largest political presence. In the US, the Anti-Defamation League (ADL) published a report recently that shows sharp increases in white supremacist related hate crimes.

This is all by way of saying or demonstrating that there’s really no easy answer to questions of identity or mixed identity. I can’t say I have a straight answer for Leyla, and perhaps that’s not such a bad thing. Because this I do know: I have no authority or right to decide for my daughter what she wants to identify with. And thank God for that because I can hardly think of anything more complicated and daunting.

As for me? The short answer I can give at this point in my life is that I have, well, multiple, mixed identifications and sensibilities. I’m at once Turkish and German and American. And many , many other things. No one artificial label (or even a few) has the capacity or power to encapsulate the sheer complexities of a single individual.  And, as far as I can tell, there’s hardly a thought more American than that!

Mike Strathdee: What Do I Look for in a Political Candidate?