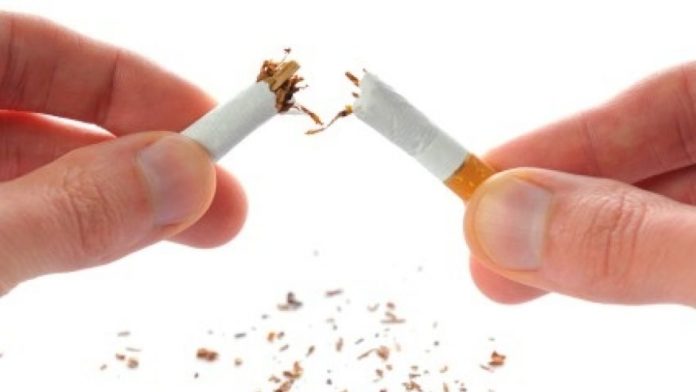 The formation of a smoking habit and addiction depends on various social, spiritual, neuro-genetic, and neuro-chemical factors. Some of these factors are a desire to appear “cool,” boredom, stress, rebellion, peer pressure, a wish to fit in, having fun or pleasure, and a desire to keep off weight. But as we know, smoking achieves the opposite of these hopes, and is an extremely harmful habit.

40 percent of smokers begin between the ages of 15-19. According to researchers, the intensity of spiritual-psychological and social problems between the ages of 13 and 19 puts youths under a higher risk of starting smoking. Smoking as an adolescent can be related to low self-esteem and academic problems. It is an established fact that teenage smoking is the most influential risk factor for adult smoking. A young person looking for a role model can be influenced by one’s parents, teachers, and friends. Family structure and social environments are influential regarding smoking and other addictive behaviors. Keeping away from smokers reduces the likelihood of smoking.

It is reported that light depression increases smoking, and that regular smokers’ have higher incidences of depression and suicide when compared to non-smokers. Smoking rates are higher with those who do manual labor, who have smokers among family members or close friends, who live in urban centers, who have a high income, who work under difficult conditions, who have a history of social problems, and who are male. It is also reported that 94% of people who smoke more than three cigarettes a day at the beginning become addicted in the long run.

Why do people insist on continuing a behavior they know to be harmful or that they cannot give up easily even if they wish to? There are various reasons for this. First of all, human beings do not only make decisions and act within the control of reason, logic, willpower, and conscience. Cigarettes contain addictive chemicals that stimulate the brain’s pleasure center. Developing an addiction weakens willpower. When individuals realize how dangerous this addiction is, it is mostly too late to give up, since it takes significant willpower. We act not only based on logical information, but on intense feelings, too. Thus, a person continues to smoke in spite of knowing the dangers. A person’s degree of psychological and spiritual “hunger,” the strength of their feelings, and a failure to meet other healthy goals can be contributing factors to an addiction.

The World Health Organization defines dependence syndrome as “a cluster of physiological, behavioral, and cognitive phenomena in which the use of a substance or a class of substances takes on a much higher priority for a given individual than other behaviors that once had greater value.” Considering cigarette dependence, the person may find it really hard to break free from a vicious cycle beginning with thought, gaining velocity with feelings, and ending with the execution of a certain act.

In terms of the human brain and neurotransmitters, smoking causes nicotine to react with nicotine receptors. As a result of long-term nicotine intake, a neuro-adaptation increases the number of nicotine receptors in the brain. The brain develops tolerance to certain effects of nicotine. After a person has become neuro-physiological dependent, they begin to crave nicotine.

The effects of nicotine on the human body depend on the dose and have two aspects. The reduction of nicotine in blood causes symptoms of depravation, and its increase causes symptoms of poisoning. If a person smokes more cigarettes, and has free access to them, the amount required to achieve stimulation grows; their tolerance gets higher. Because nicotine is a psychological and spiritual stimulant, it often gives a feeling of temporary relief, which helps the smoker to forget their problems. This causes the smoker to draw a connection between smoking and a lack of worries, thus further affecting their reasoning and will power. Researches have shown that as the daily number of cigarettes increases, the habit shifts from the critical phase to the supercritical, and that psychological dependence turns into neuro-psychological dependence. 75-80 percent of smokers wish to give up smoking, and one third of dependent smokers attempted to give up smoking at least three times.

Phases of treatment
The purpose in treatment is making the smoker give up the habit in the long run. The first goal is to get the behavior under control by reducing the amount of cigarettes, and then, finally, cutting them out completely. A set of psychological thresholds smokers need to overcome are defined. Each of them is passed by overcoming different psychological and social obstacles.

1. Not being aware of the damage and not taking any steps for change:
At this phase, the smoker does not calculate the possible harm of smoking and thus does not wish to give it up. When the subject is mentioned, it is dismissed by means of certain defense mechanisms. Those who wish to help the smoker must know this situation, and they should never engage in a dispute about smoking; by using soft spoken words, they should patiently try to make that person feel the grim realities of smoking.

2. Beginning to think about giving up smoking:
At this phase, the person states that he or she will give up smoking whenever the subject is mentioned. The person also expresses being aware of the dangers and being in need of help to give up. However, taking action can sometimes take months, or even years. At this phase, the person should make a self-evaluation for the sake of putting one’s knowledge to real life practice, and to help them face their conscience. Those who wish to give up smoking had better prepare a list of the advantages to not smoking. Sincerity and empathy shown by the person to help the smoker are the most influential help; a single look or word might have an adverse effect and cause a relapse.

4. Action:
The person has quit smoking. Having a small ceremony can be beneficial, as it creates a sense of psychological and social obligation; in the interest of these obligations, it’s important the person receive social support throughout the process. The person should keep away from people and places that make them feel like smoking. Exercise is a good way to combat any urges. When the person feels an urge to smoke, one must take a deep breath, and then release it slowly after holding it for some time. They should know that an intense urge to smoke only lasts for two or three minutes and soon subsides.

5. Continuing the newly acquired good behavior:
At this phase, the person must be resolved not to relapse. At this point, the issue depends on the person’s freewill. It will be useful to reward ones’ self for not having started again. One of the most important components of treatment is helping the smoker develop proper interests and hobbies so that they are not tempted to start smoking again. Others around the person can provide positive psychological support. It is narrated that one drunken man came to visit Rumi, but his disciples tried to get rid of him with harsh treatment. On seeing this, Rumi remarked: “He drank the toxicant, but you have become intoxicated.” In the same way, we must also act with magnanimity, tolerance, and a feeling of responsibility to save our friends from such a dangerous habit.

Smoking is a habit that can be given up and treated
Is it a wise strategy to give up smoking all of a sudden? Is it possible? Is it advised to give it up gradually? Answers to these questions differ from patient to patient. First and foremost, giving up smoking depends on the person’s own wish, resolution, and willpower. It is possible to give up this habit. According to the WHO, treating smokers are among a doctor’s duties. It is known that as a consequence of anti-smoking campaigns and activities, millions of people gave up smoking. As the average rate of success remains under 10% for those who receive no help, we need to provide as much support as possible and encourage people to be healthy.

Ramadan A Time To Enhance Spirituality For Local Muslims

Wudu: a prescription for good health

The Carrot: A Source of Healing