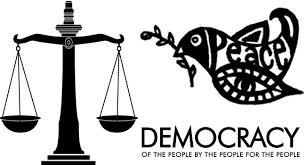 The twentieth century was the bloodiest century in human history. From 1900-96, approximately 110 million people died during 250 wars. Wars after 1945 caused twice as many deaths as all nineteenth-century wars and seven times as many as all eighteenth-century wars.(2) These worrisome figures raise a crucial question: Is war inevitable? Throughout history, philosophers have said that the human lust for power makes war inevitable, while politicians have claimed that the lack of a world government able to provide security for all states makes war inevitable.

I argue against these claims, based upon strong empirical evidence indicating that war does not occur among democratic states, the so-called zone of peace. As democratic regimes replace authoritarian regimes, future generations will study wars as an obsolete part of history.
This article has three parts: tracing the roots of the democratic peace argument and providing supporting evidence, examining the three mechanisms offered to explain the absence of war among democratic states, and critically evaluating the democratic peace argument.

One should define democracy before answering the above question. Democracy is a combination of two Greek words: demos (people) and kratos (rule)”rule by the people. In a direct democracy, citizens are directly engaged in the law-making process though a majority system. In a representative democracy, as we have today, citizens use their legislative powers through their elected representatives. Both types also require a constitutional framework through which the majority can exercise its power and through which the individual and collective rights of people are guaranteed.

The roots of democratic peace argument can be traced back to the German philosopher Immanuel Kant’s (1724-1804) Perpetual Peace essay, published in 1795.(3) He argued that although state rulers decide to start a war, it is the people who suffer the consequences (e.g., the loss of money, property, and lives). Thus they are reluctant to engage in war. Since rulers of democratic states are accountable to the people, they are less inclined to initiate a war.

Kant also identified commerce as another reason for perpetual peace among democracies. Increasing trade leads states to realize that they have much to loose from conflict and thus reinforces their desire to avoid war. Finally, the existence of a pacific union prevents the outbreak of war between democracies. Such a union reinforces the idea that democracies have common goals and interests, and further mitigates the desire for armed conflict.

Doyle listed three different factors to account for this: caution, respect, and interest. Democratic leaders are cautious when initiating military conflict, for otherwise their constituencies will punish them by removing them from power. Rulers of democratic states respect each other because they respect their populations. Democratic rulers may reason that military dictators will not respect the citizens of a democracy because military dictators do not respect their own people. Finally, the level of trade among democratic states is so high that they become dependent on each other. This interdependence decreases the utility of military force during disputes.

Supporters of the democratic peace argument have examined such long-term rivalries Argentina and Britain, Pakistan and India, Greece and Turkey to see whether being a democracy has had any impact on military hostilities between these pairs. Greece and Turkey provide an example of how dictatorships are more prone to war. They have fought three wars, but not when both of them were democratic. This also has been true with Ecuador and Peru, Argentina and Chile, and Brazil and Argentina, all of which have had bitter rivalries. The Falklands War between Argentina and Britain took place when Argentina was a dictatorship and resulted in the military rulers being replaced by a stable democratic regime.

Like inter-state conflicts, civil wars provide another set of empirical support for the democratic peace argument. Democratic states rarely experience civil wars. Why would any group launch a war to control a state when they could pursue their goals peacefully through electoral participation? Democratization is, then, a way to prevent civil wars. Dean Babst and William Eckhardt conducted a 42-year study of all independent countries from 1950 to 1991. Their study found that although 90 percent of dictatorships have experienced some form of civil war, no civil wars occurred in democratic states during that period.(5)

The end of the cold war

The end of the cold war popularized the idea of democratic peace. However, there were some differences about the new world order that was to replace the cold war. Robert Kaplan predicted a coming anarchy,(6) in which a state’s control over its population vanishes and different armed groups create an anarchic environment. Samuel Huntington saw a coming clash of civilizations,(7) in which states belonging to different civilizations would fight each other. John Mearsheimer defined the new world order as back to the future,(8) in which the superpowers’ departure from Europe would create a power vacuum that various European countries would seek to fill through conflict. The democratic peace argument offered an alternative model for the new world order.

American officials upheld the democratic peace argument. In 1992, Secretary of State James Baker said: The cold war has ended, and we now have a chance to forge a democratic peace, an enduring peace built on shared values”democracy and political and economic freedom. The strength of these values in Russia and the other new independent states will be the surest foundation for peace”and the strongest guarantee of our national security”for decades to come.(9) Similarly, President Clinton declared in his 1994 State of the Union Speech: Ultimately the best strategy to ensure our security and to build a durable peace is to support the advance of democracy elsewhere. Democracies don’t attack each other.(10) And at the height of the crisis in Haiti in 1994, he supported military intervention on the grounds that: Democracies here are more likely to keep the peace.(11)

The idea of democratic peace is not new to American foreign policy. Woodrow Wilson made a similar argument as early as 1917: A steadfast concert of peace can never be maintained except by a partnership of democratic nations. No autocratic government could be trusted to keep faith w/in [a concert]. Only free peoples can hold their purpose and their honor steady to a common end and prefer to the interest of mankind to any narrow interest of their own.(12)

Second, correlation does not mean causation. Correlations establish empirical and observable regularities between two variables (democratic states and war), but do not explain the underlying mechanisms causing the observed empirical regularity. For example, there has been no war between states having McDonald’s restaurants. This perfect correlation, however, does not mean that McDonald’s restaurants lead to peace (the so-called McDonald’s peace theory). Clarifying underlying mechanisms prevents explanations based on spurious correlations.

Lastly, democratic rulers are elected and are cautious about using violence, for they can be punished by their constituencies. Authoritarian rulers do not have to worry about elections.(14) For example, Saddam can start a war quite easily because he needs no one’s approval and is not affected by the outcome. So far, Saddam has launched and lost two wars, both of which inflicted enormous misery on Iraqi people”and yet he remains in power. In democratic countries, however, people punish rulers who start wars without their approval by not re-electing them.

The democratic peace argument is not immune from problems.(15) First, there is no one definition of democracy, for researchers use different data sets with different codifications to measure levels of democracy. Various definitions (e.g., free elections, at least one peaceful transfer of power, universal suffrage, free press, free expression, and human rights) make it harder to test democratic peace argument. It also can cause one researcher to codify a given country as democratic while another will classify it as authoritarian.

Second, there is no consensus on how to define war. This is important, for even though democratic states did not openly fight each other, they did conduct covert operations against other democratic regimes and brought less-democratic regimes to power. For example, the US and Britain overthrew the democratically elected Mossadegh government in Iran in 1953 and replaced him with the less-democratic Shah. Similarly, the CIA helped overthrow the democratically elected Allende government in Chile in 1973 and replace him with the authoritarian Pinochet.

Third, democracies have been quite rare in history. Therefore, chances for a war between them were low. The geographical distribution of democratic countries further weakens the importance of the democratic peace argument. For example what is chance of democratic New Zealand fighting democratic Spain?

Only after WWII did the number of democracies begin to increase. During this period, however, all democratic states were allies. Thus skeptics argue that security concerns rather than regime type explains democratic peace. Mearsheimer for example, argues that European democracies may experience another war after the end of the cold war.

From democratic peace to perpetual peace

Overwhelming evidence indicates that democracies are better in terms of providing internal peace for their citizens and can serve as the building blocks of a global and perpetual peace. Democratic norms and institutions provide a strong basis for peace among democratic countries. At the turn of the twentieth century, there was only a handful of democratic states; there were 22 by 1950. By 2000, according to Freedom House criteria, 85 counties had governments that came to power through free elections and respect basic human rights and the rule of law. As the number of democracies increases, the zone of peace will expand.

The end of the cold war provided the opportunity to design a new world order. After more than a decade, it seems we can claim that the US foreign policy establishment believes in the democratic peace argument and actively supports democratization throughout the world. Time will show the success of these efforts.