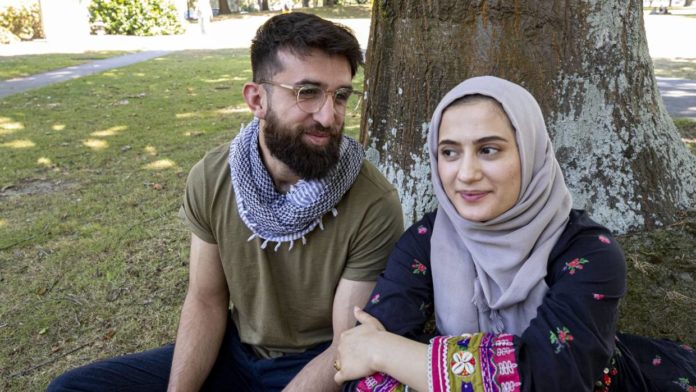 A young Muslim couple have helped lift 51 Afghans out of poverty in honour of the 51 Christchurch mosque attack victims.

Bariz arrived in New Zealand as a child from Pakistan in August 2001 and met Afrasyabi in 2012 on a visit to his former home. They were both raised in Pakistan after their families fled war-torn Afghanistan, which they still consider their homeland.

They returned to Christchurch this month after spending three months in Kabul and Jalalabad equipping 51 people with the means to earn a living through their own micro-enterprises.

Beneficiaries of the couple’s project include a teenager who was trying to support his large family after his father became a drug addict, a mother whose husband was killed in a suicide bomb attack, and a disabled man forced to walk 6 kilometres on crutches every day to run his small shop.