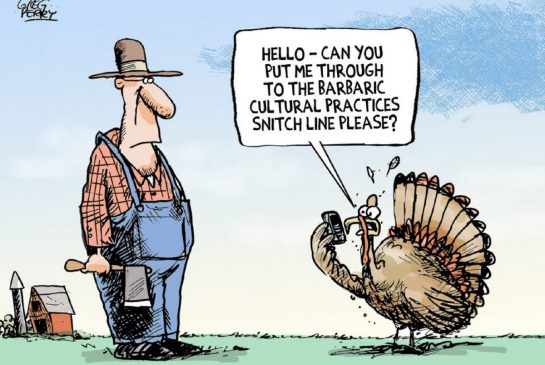 Many argue that it’s just a cultural practice. That it has nothing to do with religion, at least not anymore, even if God’s name is invoked. Families argue over it. Is she ready? Is she too young? Will it interfere with her ability to move forward in her life with her goals and aspirations?

A swath of fabric that covers the face. Its origins are non-debatable. From a time and culture that viewed women as less than human — the head religious authorities even debated whether or not a woman could have a soul. Sold to the highest bidder in ostensibly civilized ways, women nonetheless served as means for their family (namely their fathers and brothers) to secure goods, land, and status. This cloth served two purposes: to protect women (who were considered fragile and vulnerable) from evil forces and to obscure her from men’s gaze. You see, since most of the marriages were arranged, women wore veils to obscure or hide their features just in case the groom did not like what he saw and changed his mind at the altar.

Wait. Did I forget to mention I’m talking about the wedding veil? Why? What did you think I was talking about?

Oh, and let’s not forget that a bride’s veil traditionally symbolizes purity and modesty. But we’ve moved beyond these ideas, right? Women pick spouses for themselves, dowries aren’t usually exchanged anymore, and we can pretty safely assume that the soon-to-be-spouse has seen the bride before the day of the wedding. And we like to think we no longer place a woman’s value on how sexually “pure” she is (we do, but that’s a different discussion).

But even if that’s all true, and the wedding veil has little or nothing to do with its roots in “barbaric cultural practices,” isn’t it time we did away with them? As the enlightened and progressive society we are, how can we not all be offended at the site of a woman, on what should be one of the happiest days of her life, expected (read: pressured) to don an item of dress that is undeniably rooted in such anti-woman practices? How can we condone this ongoing barbarism? If we no longer need a dowry or a matchmaker or anyone’s permission to marry the love of our life, why do we still need this mysoginistic slave cloth repressing us?

Let’s purify all the offensive Today’s Brides and Bride Guides from the shelves of our stores. Demand bridal boutiques stop carrying the offensive items and rend the ones

in our closets in two!

In fact, let’s set up a government sponsored hotline where people can call to report this barbaric cultural practice. Is your neighbour’s daughter getting married? Do you suspect her parents are pressuring her to wear a veil? Sure, she may say it’s what she wants, but how can she know what she really wants when her whole life she’s grown up dressing up her dolls in wedding veils? She’s never known another way, but fear not, we’re here to show her! Freedom awaits!

In two weeks, we’re having a federal election here in Canada. The Conservative Party, which currently holds power, has been slipping in the polls. That is, they were until they breathed new life into the debate on whether or not women “should be allowed” (hello patronizing) to wear niqabs during citizenship ceremonies. See, this question was already settled. More than once, actually. The Supreme Court has ruled in favour of a woman’s right to choose. (Yeah, I just did that) You don’t get to arbitrarily ban religious or cultural practices just because you don’t like them or it makes you uncomfortable. It’s in the Charter. If you can prove that the niqab is in some way inciting hatred or violence against an identifiable group (i.e.. women) or that the practice causes harm (you can’t, and it doesn’t – in and of itself) then you’ve got some game. If not, put on your big boy pants and accept that in this multicultural country in which we live the Scots may eat haggis and that may gross the heck out of you (especially if you’re vegetarian), and Jews (often) circumcise their sons (ouch), and (some) gay men may wear sparkly tight jeans, and Indigenous people go four days without eating or drinking for a spiritual quest, and northern men wear too much plaid and large ear flaps. But we all love this country and make it richer for our differences and peculiarities.

But this hasn’t stopped the fear mongering in this election. You know why? Because it plays well. And since they started blaring the protector-of-oppressed-women trumpet, the Conservatives have seen a jump in the polls. They’re playing us like marionettes, because what they’re saying about the niqab as a “barbaric cultural practice” touches a place inside many of us that thinks they might be right. We know what the Taliban did, and we understandably don’t want that here. Right?

Only, when you start pulling at the strings the whole thing quickly unravels. There is no way that allowing a woman to wear a niqab while she swears an oath (AFTER having being unproblematically identified to ensure her identity is correct – somehow that keeps getting skipped over in the debate) in any way reduces her effectiveness at that task, or threatens the heart of Canadian democracy. We just don’t like it. Because it makes us uncomfortable.

I get that. It used to make me uncomfortable, too. Until I started meeting some niqabi women. And then my research spun out from there, and now the powers-that-be at the university say that since I passed my comprehensive exams last year I am (allegedly) an “expert” in this field.

For those who may not know, scholars from Hoodfar to Ahmed to McDonough have found the same thing I have: that these women veil because they want to be judged for WHO they are, what their ideas are, rather than on how they look. It also acts as an identification marker communicating to the world that they are Muslim and proud of their faith.

Did my little rant against the wedding veil sound silly? Trumpeted up? Grasping at straws really to create a bogeyman that doesn’t exist?

Yeah. That’s how the niqab debate sounds to women who wear it.

Christianity in the Qur’anic Perspective