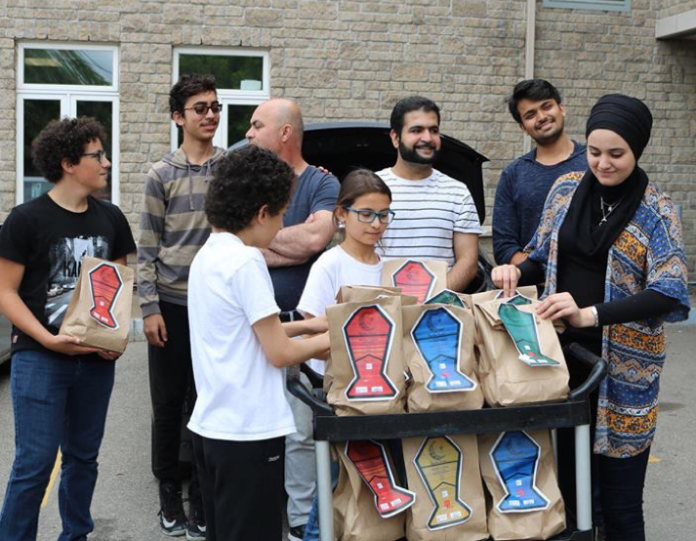 Neighborhood and neighborliness is an important social value that is often neglected in this century. Just as in Judaism and Christianity, the rights of neighbors are strongly emphasized in Islam. This article focuses on some of the important points concerning neighbor relationships according to Islamic teachings.

An appropriate understanding of the Islamic view of neighborliness requires examination of the main teachings of Islam. The Arabic word Islam derives from the root “salaam,” which literally means peace, submission, and obedience. Accordingly, the goal of an Islamic life is to attain peace and happiness in this world as well as in the hereafter by faith and by obedience to God. Achievement of peace and harmony within one’s self, in the community and all over the world is the essential objective of Islamic teachings. Islam is not a new religion.

There are two main sources of Islamic teachings: the Qur’an, which is the revealed word of God, and the prophetic traditions of Muhammad, peace and blessings be upon him. The principles of neighbor relationships that we will discuss below are based on these two main sources.

Definition of Neighbors in Islam
In Arabic, the word neighbor (jaar) refers to believers and unbelievers, religious and irreligious, friends and enemies, foreigners and fellow countrymen, those who treat you well and those who would do you harm, relatives and strangers, those whose houses are near yours as well as those who are further away. In the fourth chapter of the Qur’an, entitled Nisa (Women) God commands us to Serve God, and join not any partners with Him; and do good to parents, kinsfolk, orphans, those in need, neighbors who are near, neighbors who are strangers, . . . (Nisa 4:36).

There are three definitions of neighborhood in the Muslim tradition. According to Al-Uza’i and Ibn Shihab as recorded in the authentic prophetic traditions of Bukhari, the definition of neighbor includes “forty houses in each direction, (right, left, front, and back).” Ali, the son-in-law of Prophet Muhammad, peace and blessings be upon him, and the fourth caliph, is reported to have said, “Whoever hears the call (for prayer) is a neighbor.” Some Muslim scholars have declared that whoever lives with a man in a locality or a city is a neighbor. This opinion is based on a verse from the chapter entitled “The Confederate Tribes” (Ahzab 33:60).

According to Islamic teachings, the closest neighbor is one’s spouse. The next closest neighbor is the one whose door is closest to yours. It is narrated from the Prophet’s wife Aisha that she asked, “O messenger of God! I have two neighbors, to which one of them should I give a gift?” The Prophet said, “To the one whose door is nearest to yours.” According to Muslim historians, the closest neighbor at the time of this question was not a Muslim. From this prophetic tradition, it is clear that when it comes to the observation of neighbors’ rights, it makes no difference whether the neighbors are Muslim or non-Muslim. Furthermore, from this prophetic tradition we understand that Muslims are encouraged not only to treat our neighbors kindly, but also to exchange gifts with them. The wording of the tradition does not indicate whether or not the one with whom we exchange gifts is a Muslim.

The concept of the neighbor is not restricted to those who live in buildings near your home. A roommate in a dorm, the person sitting next to you on a bus or at a bus stop are considered neighbors. The list can be extended to consider a colleague in the office or a person enjoying the fresh air next to you in a public garden.

Another important teaching of God’s MessenÂ¬ger showing the importance of neighborliness is narrated from Anas: “By Him in Whose hand is my soul, no man truly believes until he loves for his neighbor what he loves for himself.”

In Islam, being good to one’s neighbors encompasses a number of deeds: visiting them, being kind to them in general, and helping them when they need our help. The recommendations even go as far as buying similar things for our neighbors’ children to those we buy for ours. If we are unable to do this, we are discouraged from showing our neighbors’ children what we bought for our children.

Narrated from Aisha, the Prophet said, “Gabriel kept recommending me to treat my neighbor well until I thought that he would tell me to make him one of my heirs.” Abda ibn Ali Lubaba narrates from the Messenger of God: “No deed which harms a neighbor can be regarded as insignificant.”

We should share what we have with our neighbors. Narrated from Abu Dharr the Prophet stated, “Whenever you cook some stew, add extra water to it, then look for some household in your neighborhood and give it to them in kindness.”

In his historic sermon during the Farewell Pilgrimage, in which he summarized the most important points of his teachings, the Prophet did not fail to mention neighbors and emphasized their rights to such an extent that the eminent companion Abu Umama also thought that the Prophet would make neighbors heirs: “I heard the Prophet when he was seated on his she-camel during the Farewell Pilgrimage, saying, ‘I enjoin you to treat your neighbors well,’ and urging their good treatment so much that I thought, he is going to give them the rights of inheritance.”

Christian and Jewish Neighbors in Islam
History bears witness to the fact that Christians and Jews, the “People of the Book”1 as they are called in the Qur’an, have lived alongside Muslims in many regions of the Islamic world, secure in the knowledge that they, their honor, and their wealth were safe, enjoying a good neighborly relationship, with good treatment and freedom of worship. Their ancient churches still exist in Muslim villages clinging to mountaintops, surrounded by Muslim community who upholds the well-being of their Jewish and Christian neighbors. When the Prophet was about to pass on to the next world, he stated: “I place in your trust the People of the Book, the Christians and Jews.” When ‘Umar was in the throes of death due to a dagger wound, he warned: “I place the People of the Book among us in your trust. Fear God regarding them and treat them justly.”

Islam aims at spreading mutual love and affection among neighbors. The ways in which people may achieve this are many, and include attitudes ranging from making sure that your neighbor does not sleep hungry while you sleep well fed, to the exchange of gifts. The Muslim attitude toward neighbors includes wishing for their neighbors what they wish for themselves. It includes the sharing of happiness and sorrow. It prohibits spying on them, gossiping about them, and harming them in any way. Instead it establishes respect for their privacy, and keeping common use areas-such as apartment building entrances, streets and sidewalks-clean. The Prophet also said, “Among the things that bring happiness to a Muslim in this life are a righteous neighbor, a spacious house, and a good steed.”

We have tried to shed some light on the Muslim attitude toward neighbors and the importance of neighbor relationships in Islam. The Islamic tradition in this respect is fairly rich and invites the interested reader to further research. A healthy society can be established only through healthy neighborhoods. Education is the key to instilling healthy attitudes of neighborliness in our children as well as in adults. This concept deserves discussion in the classrooms of public schools as well as in seminars and conferences in universities. This flower should be given to all societies as a gift and love should be shared in the community through knowledge.

1Although ahl al-kitap, “People of the Book,” is commonly considered to be referring to Christians and Jews, Islamic tradition accepts, in general terms, other belief systems like Zoroastrians, Buddhists, or Hindus under the same category, as their major tenets of faith are similar to that of Islam’s.

Tea and Tales with the Coalition of Muslim Women Waterloo Region