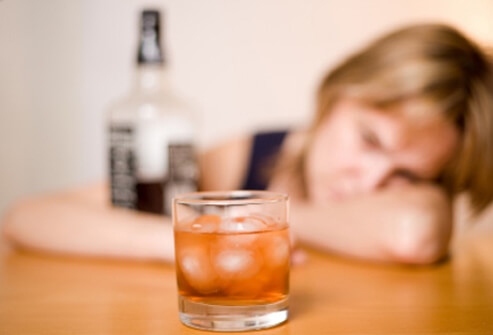 Alcohol has been used since antiquity for many purposes including real and imagined benefits: ‘As a social lubricant, aperitif and mild “anaesthetic” it holds pride of place; as a drug of addiction, a physical poison and a community evil it has no equal’(Brunt, 1978, pp.124-35). The greatest part of the total harm arising from alcohol consumption in a community ensues from the large number who drink moderately, rather than the relatively few who drink heavily. Reduction of moderate drinking of the majority will have a better effect on the health of a community than comparable efforts to rescue or treat alcoholics (RCGP, 1986a).

The extent of the problem
In the last two decades, there has been a tremendous increase in alcohol consumption in the world, an all-time high (WHO, 1980, pp7-13). The way to estimate the marked increase is probably to look at total or per capita consumption in different countries over a certain period of time (see Graphs 1, 2).

The WHO committee on alcohol-induced problems found that per capita consumption of alcoholic beverages has been increasing throughout most of the world in the last 20 years. Between 1960 and 1972, for example recorded world-wide production increased by 19% for wines, 68% for beer, and 61% for distilled spirits. Both industrialised and developing countries in various regions of the world showed that the annual consumption of alcoholic beverages, in terms of 100% ethanol (ethyl alcohol), was above 8 litres per capita in only two countries in 1950, but by 1976 this level was found in 22 countries (ibid.). A 1982 WHO report showed that by 1982 beer production had increased by 124% world-wide. In some countries in Asia, the increase was a horrifying 500%; in some African countries beer consumption increased by as much as 400%. Even remote villages, in many third world countries, were consuming alcoholic beverages while they lacked clean water and sewage disposal and other primary health amenities (Medicine Digest, 1982, p.S7).

The negative consequences of alcohol consumption are so great that it is impossible to list them. In 1979, members of the Executive Board at its 63rd session and delegates of numerous countries at the 32nd World Health Assembly confirmed that alcohol problems now rank among the world’s major public health concerns (resolution WHO 32.40; WHO, 1980); that in many parts of the world, they constitute a serious obstacle to socio-economic development and threaten to overwhelm the health services. A summary of the major losses due to alcohol consumption will be given here.

Although the alcohol industry seems to benefit a few big international companies and provide jobs for many workers and even seems to increase state revenue from levying taxes on alcoholic beverages, the total socio-economic loss is so tremendous that these benefits become trivial. The deleterious effect on health, welfare and social consequences of alcohol consumption will more than tilt the balance towards the benefits of proscribing or at least limiting alcohol consumption.

Alcohol features prominently in traffic accidents. WHO statistics suggest that it is involved in about 50% of all traffic accidents. Even in countries where alcohol and addictive drugs are prohibited, like Saudi Arabia, the Director of the Department of Alcohol and Drug Control claims that about 50% of long road accidents are due to alcohol and drug abuse (reported in personal conversation). In the USA, 25,000 deaths occur annually due to accidents caused by alcohol consumption. Another 15,000 deaths occur due to diseases caused by alcohol and another 15.000 deaths occur due to murder crimes and suicide committed under the influence of alcohol (Harris, 1971, pp.138-42).

The risk of accidents rises exponentially above 50 mg of alcohol percent, and at 200 mgs, the risk is a hundred times above that of the non-drinker (Brunt, 1978). It is estimated that 250,000 USA citizens die annually due to tobacco and alcohol consumption.

In crimes of violence, alcohol plays a prominent role. Nearly 70% of murders are committed under the influence of alcohol (ibid. ). WHO, after studying violent crimes in thirty countries including the USA and the UK, concluded that 86% of murders and 50% of rapes and other crimes of violence were committed under the influence of alcohol-reported in the Daily Mai l, June 26, 1980, which also quoted Lord Harris whose commission on the prison population in the UK reported that the majority of criminals were suffering from alcohol related problems.

Industrial losses are tremendous. In Scotland alone losses reached 100 million annually (SCA, 1977). In the USSR alcohol abuse is the most important cause of absenteeism and loss of production. (Gulf Times, 1983, Jan.12).

WHO (1980) cites the following consequences of alcohol abuse: absenteeism, illness, decreased production and quality of work, difficulties in work relationships, accidents and loss of trained personnel. Many countries, especially in the Third World, soffer badly from loss of management and trained staff due to alcohol abuse.

A lot of other social problems arise due to alcohol abuse. 74% of wife and child batterers are heavy drinkers. Incest, rape and other sexual crimes are usually committed under the influence of alcohol.
Divorce and separation are the ultimate result of indulgence in alcohol.

The price paid in human misery, poverty, broken homes and social degradation is beyond calculation.

The term ‘alcohol dependence’ has replaced ‘alcoholism’ which is a denigratory unspecified term. Alcohol dependence is manifested by overt drinking behaviour, a continuation of drinking in a way not approved by one’s culture and in changed behavioural state. The dependent person’s control over his drinking becomes impaired, his craving for drink becomes relentless, and planning for drinking takes precedence over all other activities. Altered psychosomatic changes occur whereby the dependent person experiences the psychological and/or somatic signs of withdrawal during periods of abstinence. There is also increased tolerance whereby the effective dose of the intoxicant has to be increased in order to get the save pharmacological effect and satisfaction from the drug abused (Edwards et al.,1977, p.3; WHO, 1977, p.198).

It is estimated that at least one in ten of those who drink alcohol even occasionally will become alcohol dependent. In the USA the majority of the adult population drink. Some 100 million Americans drink alcoholic beverages at least occasionally (Miles, S., 1974, pp.10-14). The statistics show that practically every 17- or 18-year old will have experimented with at least one drink. As many as 50 to 85 percent of high school students drink at least occasionally. The average age at which youths begin to experiment is 13 to 14 (ibid.). In Scotland, 92% of boys and 85% of girls have experienced alcohol by age 14 (Jahoda & Crammond, 1972). In the age group 17-30 no less than 87% of men and 60% of women are regular drinkers (Dight, 1976).

In the USSR, the problem seems even worse. 90% of all cases of acute alcoholic intoxication being treated for the first time are under 15; one-third of them are under 10 (Al-Madina, 1984, Dec.13, quoting the Russian magazine Nash Supermenik ). 15% of the adult population are at present being treated for alcohol dependence.

There are hundreds of millions who suffer from alcohol abuse annually in the whole world. In the USA, it is estimated that 10 million are suffering from the deleterious effects of alcohol abuse (problem drinkers and alcohol dependents), with lens of millions being involved with alcohol dependent persons (Miles, 1974). In France and West Germany, there are 2.5 million alcohol dependents in the UK the figure is lower at 0.5 to 1 million, while those classed as ‘heavy’ drinkers (consuming more than 5I units weekly for males or 35 units for females), amounted to 3 million in England and Wales in 1981 (RCGP, 1986). In the USSR, its staggering figure of 25 million puts it at the top of the world as the first alcohol dependent country. In France, one-third of the electorate get some or all its income from the production and sale of alcoholic beverages (Badri, 1976, p.4l).

It is estimated that 40,000 deaths occur annually in the UK due to alcohol consumption. Though this figure is staggering, it is less than half those killed by smoking cigarettes (100,000). Heavy drinkers have a mortality rate over twice the normal population (RCGP, 1986).

WHO Technical Report on Alcohol, 1980, claims that in many countries the heavy drinkers and alcohol-dependents constitute 4-10 % of the whole population. The WHO Expert Committee on Drug Dependence concluded that in many parts of the world, problems associated with the use of alcohol far exceed those associated with non-medical use of less socially accepted dependence producing drugs such as those of amphetamine, cannabis and morphine types (WHO, 1980). The reason for this widespread alcohol dependence emerges from the fact that many cultures look upon alcohol drinking, at least in moderation, as normal behaviour. ‘Alcohol is such a permissible and trusted poison, so easy of access for those who wish to escape from their troubles that it is resorted to in excess by the maladjusted person,’ as Sir Aubrey Lewis said in Price’s Textbook of Medicine (Lewis, 1966, pp.1172-4).

Alcohol is completely forbidden by Islam. However, even in Muslim countries, alcohol dependence is becoming a problem that has to be tackled. In Khartoum province (Sudan), Dr. Al-Bager (1976) studied the incidence of alcohol consumption and alcohol dependence in 1975-76. He found the following important facts that: 1) females rarely drink alcohol; 2) most of those who drink alcohol started at the age of 16 or over; 3) the majority of alcohol drinkers do not drink at home as there is still strong refusal by the family; 4) the male adult population in Khartoum province in 1975 was 417,820-47% of them had tried intoxicating liquor at least once; 87% of those who drink are social drinkers while the remaining 13% are regular, daily drinkers who are starting to experience problems from their drink in habits; 5) divorce was high in those who drink compared with non-drinkers of alcohol, 20% and 4% respectively. 6) 22% of those who drink do so because of psychological problems while 9% do so because of problems at home; 7) 52% of all traffic accidents in 1975-76 were committed under the influence of alcohol; 8) the amount spent on alcoholic beverages (10 million Sudanese) was double the amount allocated to the Ministry of Health in 1975. In Bahrain, a small Gulf country, the consumption of alcohol is very high indeed. As much as 9 million kg of alcoholic beverages were consumed in 1981. The total annual cost was estimated at 3,195 million (Towajiri, 1985; Musaiger, 1985).

Medicine Digest (1982) summarised the 1982 WHO report on alcohol and its problems. Most Islamic countries had minor problems related to alcohol consumption:

Saudi Arabia, Iran, Kuwait, Qatar, Libya and North Yemen were all prohibiting alcohol in 1982. By 1984, Pakistan and Sudan followed suit while Egypt and Bahrain allowed alcohol in tourist places, both for indigenous persons and foreigners.

,Unfortunately, many Muslim governments have sought to spread alcohol consumption against the will of the majority of their people. In Egypt, Turkey, Tunisia, South Yemen, Indonesia, Iraq, Syria and many others, the governments not only encourage private enterprise of the brewing industry, but the governments themselves own outright or share ownership in the breweries and alcohol factories. They help spread alcohol consumption in their nations on the assumption that they will get more income and provide more jobs for the unemployed. The ill effects that ensue from this policy are well manifested by the staggering debt hills to the international banking system.

Though the vast majority of the people in Muslim countries abstain from alcohol despite incitement by governments, the elite, unfortunately, are entangled in all the problems of alcohol consumption. This is owed to the contradictory effects of Westernization of the elites who remain hypnotized by Western civilisation and try to promulgate its values to their own, different culture. 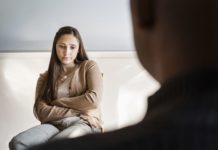 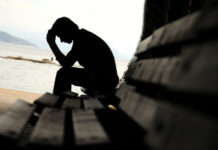 A True Understanding of Self for Self-Actualization

The philosophy of hunger in Islamic thought