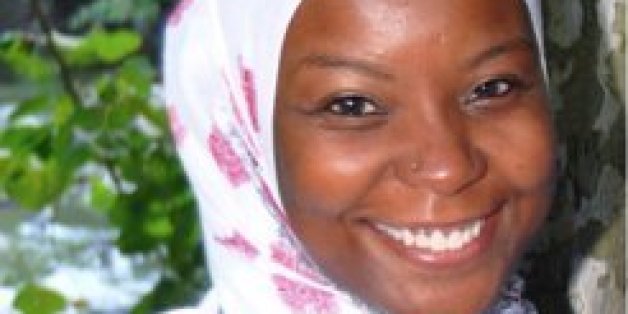 Many of the students Kameelah Rashad interacts with in her work as the Muslim chaplain at the University of Pennsylvania live in a state of fear and insecurity.

“Many students feel Muslims are the exception — that everyone else has freedom of expression and religion, but for Muslims we have to reassure everyone that our religion is in no way compelling us to kill people,” she told The Huffington Post.

Rashad is the founder of Muslim Wellness Foundation, an organization that works to reduce stigma associated with mental illness, addiction and trauma in the American Muslim community. She holds master’s degrees in psychological services and in restorative practices and youth counseling, and is a certified instructor in adult and youth mental health first aid.

The counselor works with Muslim students at Penn and in the greater Philadelphia area, addressing the trauma and anxiety many experience as a result of Islamophobia and mental health stigma. HuffPost spoke with Rashad about the mental health challenges Muslims face in the U.S. today — and what can be done about them.

What are some the main challenges facing Muslim Americans when it comes to mental health?

I think, similar to other faith groups, the main challenge would be stigma associated with mental health.

The prevalence rate of mental health challenges in the American population is about one in five American adults. [Mental health professionals] don’t think that the rate is different for American Muslims — it’s probably about the same. But many people go without seeking counseling or any other support because of stigma.

That stigma stems from religious but also cultural beliefs. With the American Muslim community being so diverse, what I try to do in my work with the Muslim Wellness Foundation is to highlight some of those barriers to seeking counseling that are rooted in religious beliefs.

It is the idea or the belief that if someone is suffering with a mental health challenge, that is somehow a reflection of lack of faith or punishment from God for a previous sin, or the belief that this challenge requires just patience and perseverance and prayer, and that should alleviate what the person is going through. It leads to a lot of religious shaming.

What kinds of issues do Muslim students approach you with in your capacity as chaplain, and how do you help them manage these concerns?

One of the things I see that comes up repeatedly is about identity. It’s, “If people are interpreting any positive or proud expression of Islamic identity as indicative of a propensity for extremism how do I [express] that? How do I say that I’m proud to be Muslim and that I want to adhere to my faith without it being interpreted as extreme?”

Many students feel Muslims are the exception — that everyone else has freedom of expression and religion, but for Muslims we have to reassure everyone that our religion is in no way compelling us to kill people. So there’s a lot of struggle around identity and what’s an appropriate level of expression of religion without causing someone to think they’re headed down a dangerous path.

What are some of the psychological effects of extremism abroad on Muslims in the United States?

Almost every week, if not several times, there’s another event that happens. The repercussion on my students is, “Now I have to denounce it? I have to state that this isn’t a reflection of who I am? I have to convince people that I don’t hold these extremist views?” It becomes a burden, especially on young people.

Many of my students say they feel exhausted. At the same time, because they’re put in a defensive posture, what goes unnoticed is that they are also very fearful. “What if someone does believe that is an accurate representation of Islam and decides to kill me or verbally or physically attack me? Would anyone be sympathetic?”

What do non-Muslims fail to understand about the unique concerns of Muslim American mental health?

The attacks in Paris or Kenya or around the world … many Muslims all over the world feel very badly about it, just knowing the scale of the suffering of others. We have the same reaction as everyone else, but the first response we’re expected to have is one of condemnation, not sharing in the grief everyone is experiencing.

What I’ve seen in the Muslim community psychologically is feeling a denial of emotion, feeling very disconnected that we can’t display this emotion because no one will believe it. No one will tolerate it, no one cares that we’re upset. They just want us to take ownership of the behavior of a small fraction of the Muslim community.

What are some of the best ways you’ve seen Muslim Americans addressing the mental health needs of their communities? What makes these efforts effective?

What’s often helped is to draw from the hadith or verses of the Quran that support the idea of community involvement and care for one another. There’s a hadith of the Prophet in which he says if a believer alleviates the suffering of someone, that will alleviate the suffering of that person in the next life. Being able to assist a person in their time of need brings great reward. If we are not compassionate for those who are struggling, then this is something that goes against our fundamental values and our obligation and duty as Muslims.

Also I think the more that [interfaith work] happens, it diminishes the strength of Islamophobia. When you’re in an interfaith setting it’s rooted in a universal value and appreciation for faith. Having that support from other communities is very validating, and it takes some pressure off the Muslim community to have to constantly defend our right to practice as Muslims.

What role do imams and other religious leaders play in promoting mental health in their communities?

When people are really dealing with incredible challenges, they want to also understand this from a religious or spiritual perspective. The role of imams in a mental health community is a really critical component of what I call the “circle of care.”

Most people in the Muslim community will go first to their spiritual leader. Imams hear the concerns of the community first and often feel overwhelmed. The role that they play is in identifying the kinds of symptoms people face, and collaborating with mental health professionals to determine the proper response.

Some imams feel every problem is rooted in a spiritual deficiency, so people are often forced to choose: either you choose a spiritual remedy, or it’s counseling or medication. But what I always suggest is that we have everyone involved. We want therapists, imams, family members and community members to give that person all the support they need to be well.

What do you find most rewarding about the work you do?

When I talk about the trauma people experience when there’s an attack around the world, people get frightened. Some people tell me, “I can’t concentrate, I can’t sleep, but I can’t tell anyone.”

What’s rewarding for me is creating space for people to get the support and compassion they need to be able to address their challenges. What fuels my work at the end of the day is that people need to feel safe, they want to be validated, but they need to feel strong and empowered, too. So a lot of my work is to facilitate a way for that to happen.

The Carrot: A Source of Healing

YOU HAVE BREAST CANCER